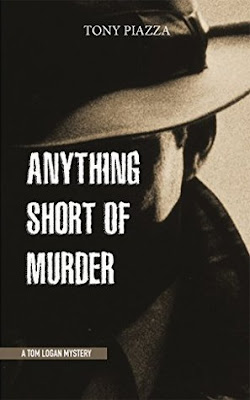 The minute the dame walked up to Logan, he smelt trouble. A real looker, with tons of money and a daddy who liked to spoil her. She asked him to investigate a threatening note whose message was clear, keep your mouth shut or die. The first day on the job its fatal warning comes true, and the woman is murdered, or so it seems. Very shortly he discovers that it wasn’t the woman at all, but someone who looked very much like her. Twists and turns abound as Logan’s investigation leads him through a labyrinth of blackmail, mobs, and of course murder!

Anything Short of Murder is a mystery written in the style of the pulp detective thrillers of the 1930s. It follows the investigation of a former LAPD cop who sets up shop in Hollywood during its golden era, when movies began to talk and studio heads were kings.

An okay book, but one which long before the end I had started to find irritating.

I'm probably being overly harsh and maybe it's me and not the book, but I just didn't vibe any of the characters, other than the Irish cop who seemed quite happy to let Logan, our PI and main character do most of the heavy lifting here. I wasn't that interested in the case, or the victim(s), ergo the investigation and the outcome.

It's quite a busy book with a lot happening but none of it was particularly exciting for me. The writing is okay and captures the mood of the time. The pace is alright and I've undoubtedly read books that I've enjoyed less, I just couldn't get on with the main man.

The final reveal where Logan sits all the players - cops, suspects, victims and witnesses and pontificates endlessly showing them all what a clever so and so he is was the final straw for me. As he makes the big reveal, someone grabs a gun and unloads, unfortunately not at Logan. It's been a long while since I read a book where the protagonist has such a high opinion of himself. Pity he wasn't made of chocolate, as he could have eaten himself in chapter one and spared me all that followed. 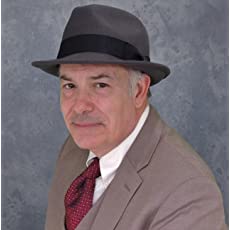