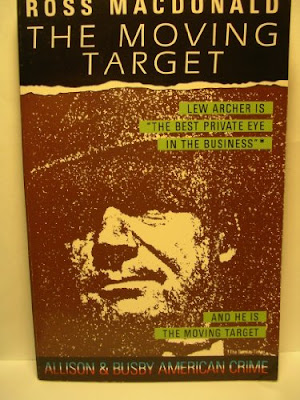 A lot of people would go to a lot of trouble to get their hands on $100,000 in small notes. Kidnapping for instance. And that's how it looks to Lew Archer when he's hired to trace a missing billionaire. But five murders later and with a tightening circle of suspects, $100,000 no longer seems an adequate reason for all that trouble.

"Without in the least abating my admiration for Dashiell Hammett or Raymond Chandler, I should like to venture the heretical suggestion that Ross Macdonald is a better novelist than either of them."
- Anthony Boucher, New York Times Book Review

Ross Macdonald's Lew Archer series of books is highly rated by critics and crime fiction aficianados alike. It's been a series I've wanted to try for a while and one I've ignored for about seven or eight years since hoovering up some of the books. I think I had a stalled effort at reading this one a year ago, before setting it aside. Wrong book, wrong time, but second time around it stuck and I managed to re-start, get past where I stopped before and then enjoy the thing.

Best book ever? No, but I did like it enough to know that the investment made in the other books won't have been wasted.

A missing billionaire and a ransom note and a case for Lew Archer....... a dysfunctional family, love triangles, tension, jealousy, a cult, an investigation, more death along the way and answers.

I read this about a month ago and I'm kind of struggling to remember all the twists and plot points and leads, mis-steps, characters and incidents in the book, which doesn't mean to say I didn't like it. It's more a reflection on my memory and perhaps an indicator that I ought to jot things down as I go along or shortly after if I want to offer some coherent thoughts on my reading (mostly for my own benefit as I look back).

I like older books where there's no reliance on technology to locate people, through either mobile phone triangulations or credit card transactions, where computers take the legwork out of investigations. This one is before my time, but it's the close to the world I grew up in. I think it's a book which has aged well.

Other plus points.... California setting; a decent, likable main character; a cohesive plot which made sense and didn't require any suspension of disbelief, one which isn't overly reliant on incident or action to maintain my interest.

It made a bit of a change from my usual reading and along with some other older books I've recently read - Ed McBain (50s), Sjowall and Wahloo (60s), David Craig aka Bill James (70s) - it's breathed a bit of old new life into my favourite passion. 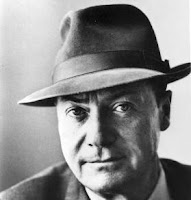 Ross Macdonald wrote nearly twenty Lew Archer books as well as a few other novels. The Drowning Pool is the second in the series and the next one I'll be reading.