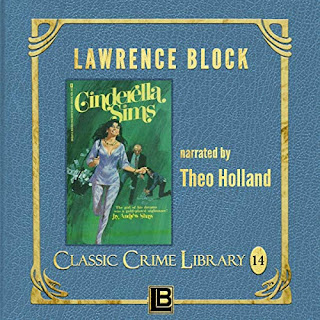 There's no glass slipper in this fairy tale - just a damsel in distress, a bag of cash, and a whole lot of dead bodies.

Reporter Ted Lindsay is trying to forget his ex-wife, and New York City's tough streets are just what the doctor ordered. They're also filled with alluring women, but only one catches Ted's eye. Cinderella Sims is not only beautiful, she's on the run and she needs Ted's help. She's got a bag full of cash and some very angry people staking out her apartment. Before long Ted's forgotten his heartbreak and is launched into the dark streets of crime with Cindy at his side.

The author speaks:
“Look, this wasn’t my idea.

“Three or four years ago, Bill Schafer suggested that I might give some consideration to republishing a book of mine called $20 Lust, which had originally appeared under a pen name. I recalled the book he meant, but dimly; I had, after all, written it in 1960. But I didn’t need to remember it all that vividly to know the answer to his suggestion.

“A little later I suggested he might want to publish a fancy edition of Mona, the first book under my own name; it had come out as a paperback original in 1961, and we could celebrate its fortieth anniversary with a nice limited edition hardcover.

“Bill was lukewarm to the notion, but had an alternative proposal; how about issuing a double volume, containing Mona and $20 Lust? Once again, I didn’t have to do a lot of soul-searching to come up with a response.

“Time passed. Then Ed Gorman, the Sage of Cedar Rapids, used an ancient private eye novelette of mine in a pulp anthology. When it came out he sent me a copy, and, while I didn’t read my novelette—I figured it was enough that I wrote the damned thing—I did read his introduction, which I found to be thoughtful and incisive and generous. I e-mailed him and told him so, and he e-mailed me back and thanked me, adding that my early work was probably better than I thought.

“I felt as though I’d been sucker-punched. Where the hell did that come from?

“So I got in touch with Bill. ‘I suppose I could at least read it,’ I said, ‘except I can’t, because I don’t have a copy.’ Three days later, a battered copy arrived in the mail. I looked at the first two pages, and I looked at the last two or three pages, and I heaved a sigh. Heaved it clear across the room, and would have heaved the book, too, but instead I hollered for my wife.

“‘Bill Schafer wants to reprint this,’ I said.

“‘Not necessarily,’ I said, and explained the circumstances. ‘I’d like you to read this,’ I said, ‘or as much of it as you can without gagging, and then tell me it’s utter crap and I’d surely destroy what little reputation I have if I consent to its republication.’

“‘Not to worry,’ I said. ‘I’ll sign the commitment papers, and I’ll make sure they take real good care of you.’

“Cinderella Sims was originally intended to be my second crime novel for Gold Medal, to follow Grifter’s Game (aka Mona). At some point along the way I lost faith in it, and wrapped it up in a hurry, and sold it to Nightstand Books. Hope y’all enjoy it!”

Another Lawrence Block oldie from almost sixty years ago and one which I liked while harbouring some reservations about totally siding with the main character Ted. Early on in the book after receiving the news that his marriage is over Ted commits an unpardonable act against his wife which I found abhorrent.

For the rest of the book, I quite liked his adventures; his move to New York, the grief he felt at the news of his wife's death, his close encounter with the nymphomaniac and his somewhat comedic and fortuitous escape albeit achieved by another act of violence against a woman - maybe hypocritically I found it less offensive than the previous one, his crossing paths and subsequent infatuation with Cinderella Sims and their adventures together - in and out of the sack and on a cross country trip trying to elude and then best a gang of counterfeiters....... sex, violence, trust and mis-trust, false moves and mistakes, near misses, close escapes and violent encounters before an eventual triumph.

I do like the story of it's journey back into print. 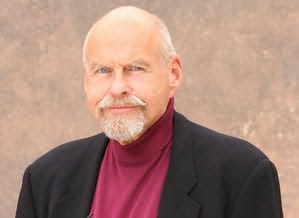