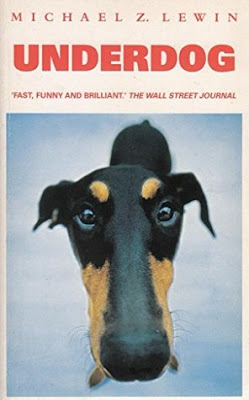 Jan Moro is a small businessman. Very small. He dines behind restaurants and showers when he can. Jan Moro is in point of fact, homeless ... and on the run from Billy Cigar, a likely type who has made his mark murdering people in South America. How did Billy ever notice Moro? Why are the Indianapolis cops looking for Jan? It all started with a big man being mean to a small dog ... then Moro got one of his great ideas. Now he has become the world's first homeless P.I. and if he can't figure out what makes Billy Cigar burn and how to give the Law what they want ... he won't get out of this concrete jungle alive!

A book which had high hopes for, but which disappointed me. I just couldn't get into it really until it was about half done, by which time I was kind of annoyed with it. It was just, stop start stop start and I couldn't get a feel for any real cadence or rhythm to the plot or story. Maybe it was me, maybe it was the book, but it dragged.

The focus is on Jan Moro, a man who views himself differently to how the world sees him. Moro is homeless and has grand ideas. A difficult childhood, a dead mother, a father in prison and he gets by as best he can. He has schemes and dreams; some friends and a hundred stash points for his possessions all around the town. Never too far away from whenever they might be needed, depending on the season on the streets. He eats from the back of restaurants, but he always tries to keep himself clean and presentable.

Moro stumbles on a shady operation at a deserted warehouse....... dogs - breeding or fighting, or breeding to fight, he doesn't know but he manages to interest the cops and get acquainted with nightclub owner and hoodlum Billy Cigar. There's a chance to earn some steady cash, but not without risk to his digits, or worse. The cops want to bring Billy down, Billy wants to save the dogs to keep his wife happy and have Moro take out the guy running the operation and Moro's piggy in the middle.

The second half went better than the first, probably after my wife duct taped me to the chair and removed the distraction of the laptop, and it was okay. It kind of livened up a bit and Moro eventually shows some teeth.

I quite liked the supporting character of Pete and how his relationship with Moro changed over time. Pete revealing himself to not be who we think he is. I liked the care Moro had for his absent friend Rosie and .... and that's about it. Give me a Robert B. Parker book any day.

Would have been a bang average read, if the author hadn't insisted on inserting a joke every few pages in the guise of a story or anecdote which was inveigled into the conversations of people. More of them missed than hit, though I did have the odd wry smile. 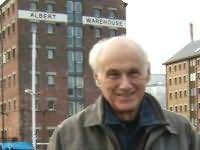 I have something else by Lewin on the pile, one I'm not obviously rushing straight towards, but I hope to read it one day and enjoy it a bit better than this.