A couple more from the ranks of the unread and another author I have yet to try - Liza Cody. 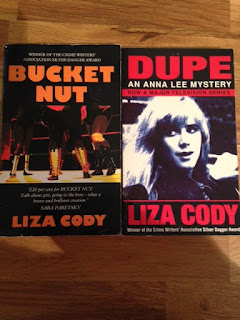 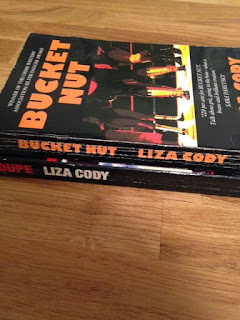 Liza Cody burst onto the scene with Dupe in 1980, the first in a six book series with Anna Lee. Her latest book Crocodiles & Good Intentions was published earlier this year.

In-between, in addition to the Anna Lee books, she has a couple of other series, one featuring a female wrestler, Eva Wylie and the other a homeless woman and her dog - Lady Bag, four standalone novels, a novella and a collection of short stories.

In her time she has been nominated for Dagger and Edgar Awards.

When the bereaved parents of Deirdre Jackson demand an explanation for the car accident that killed their daughter, Anna is assigned the case. But what seems a dead-end task is anything but.

As Anna moves through London's freezing back streets and uncovers the seedy film world where Deirdre worked, she realises that the girl's lonely death had been the only possible finale to a life fringed by fraud, failure and violence.

"The most exciting crime fiction writer to have appeared for years." Birmingham Post 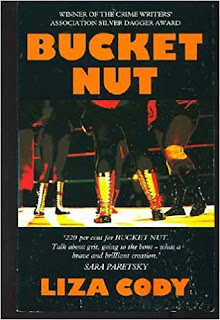 SHE'S BIG, with ambitions to be the Women's Heavyweight Wrestling Champion of Great Britain.

SHE'S UGLY, and works as a security guard in a London breaker's yard with two mad, bad dogs for company.

SHE'S SIMPLY "BUCKET NUT" TO HER FANS, thriving on insults and blindly pursuing her goals. But will Eva come unstuck when she lands heavily on the all too dangerous side of a couple of warring racketeers?
Posted by col2910 at 23:30