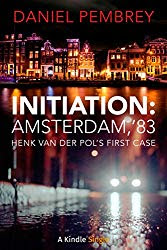 In autumn 1983, Henk van der Pol is twenty-three years old and just one week out of police training. His dream is to be admitted to the elite detective bureau of Amsterdam’s police force, but he knows he needs to prove himself as a uniformed officer first.

That is, until he is sent to interview witnesses of an audacious kidnapping in the city centre: Alfred Heineken, head of the brewery corporation, has been snatched by shadowy assailants and driven at speed from the scene. Is this really just about a ransom or is there any truth to the rumour that West German terrorists are involved? The case is far beyond van der Pol’s rank but his instincts tell him to do everything in his modest power to solve it—even if it means putting his own life at risk.

From the bestselling author of The Harbour Master, Initiation introduces Daniel Pembrey’s beloved detective as a green young officer at the very start of his career, determined to outwit criminals and his superiors alike, in a first case that could well have been his last.

Another enjoyable outing with Daniel Pembrey's Dutch detective, Henk van der Pol and Initiation: Amsterdam,'83. Henk is a young uniformed officer, fresh out of training and eager to get involved in the efforts to resolve the kidnapping of beer magnate, Freddie Heineken. Probably too eager, truth be told.

Young, single, ambitious, intelligent, impulsive, naive and a little bit reckless, I enjoyed this early introduction to Henk. Pembrey wisely keeps it real though, by avoiding having Henk save the day single-handedly. His contribution to the case, through his intelligence gathering proves an asset. His impulsiveness and hasty actions, less worthy of merit. He's green, but he'll learn.

There's a lot going on here for a short 100-odd page book..... a briefly sketched family back story, Henk's current living arrangements and prospects, his love life - what love life?, though he has designs in this area, his ambition, his distrust of his boss, a kidnapping, frustration at his status, a bicycle, a houseboat, a road trip or two out into the Dutch countryside, a flat mate or two - one a friend, the other a little less trustworthy, a landlord, a few pub outings, an equally ambitious journalist, police corruption, a mentor and brighter prospects ahead. 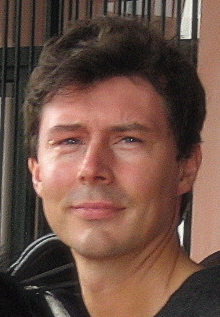 I think after my recent disappointing outing with Pembrey's The Candidate, I had forgotten how good a writer he really is. Nice to be reminded.