A couple from British author Tess Makovesky this week. 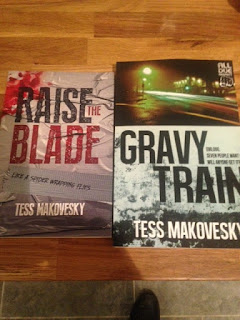 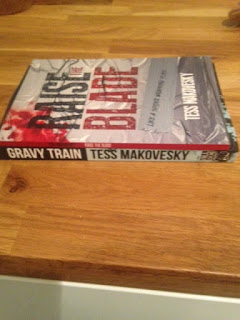 Makovesky's two books are set in Birmingham, somewhere I'd like to read about a bit more in my crime fiction. 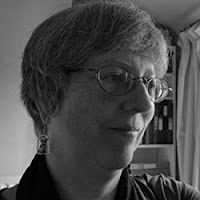 To date I've only enjoyed her shorter work with has appeared over the web at various haunts and in more than a few anthologies. 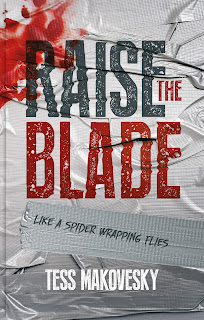 Like a spider wrapping flies...
When psychopath Duncan leaves a trail of duct-tape-wrapped bodies scattered across the suburbs of Birmingham, there’s nothing to link the victims except his own name and address, carefully placed on each new corpse.Six very different people follow his clues, each convinced they can use Duncan to further their own selfish or naïve ends. Is there a reason Duncan’s driven to target these particular individuals, or does their very nature contribute to their fate?Will any of them be strong enough to break the cycle and escape a painful death? Or will Duncan reel them in and rearrange them to his own insane ideal?

"Raise the Blade is a gloriously gruesome read, riven with the very blackest of humour. And I loved it.”Ian Ayris, author of ‘Abide With Me’ and ‘April Skies’. 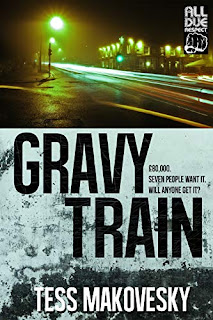 “Tess Makovesky’s Gravy Train is a terrifically entertaining, raucous and rough ’n’ tumble Brit Grit crime caper that will leave you breathless.” —Paul D. Brazill, author of Last Year’s Man, A Case of Noir, and Guns of Brixton
Posted by col2910 at 23:14