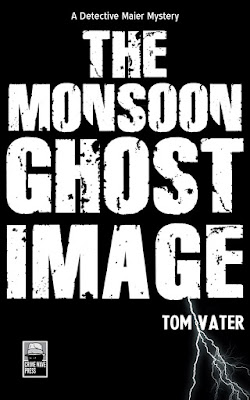 DIRTY PICTURES, SECRET WARS AND HUMAN BEASTS - DETECTIVE MAIER IS BACK TO INVESTIGATE THE POLITICS OF MURDER

The third Detective Maier mystery is a taut and crazy spy thriller for our disturbing times.

When award-winning German conflict photographer Martin Ritter disappears in a boating accident in Thailand, the nation mourns the loss of a cultural icon. But a few weeks later, Detective Maier's agency in Hamburg gets a call from Ritter's wife. Her husband has been seen alive on the streets of Bangkok. Maier decides to travel to Thailand to find Ritter. But all he finds is trouble and a photograph.

As soon as Maier puts his hands on the Monsoon Ghost Image, the detective turns from hunter to hunted - the CIA, international business interests, a doctor with a penchant for mutilation and a woman who calls herself the Wicked Witch of the East all want to get their fingers on Martin Ritter's most important piece of work - visual proof of a post 9/11 CIA rendition and the torture of a suspected Muslim terrorist on Thai soil. From the concrete canyons of the Thai capital to the savage jungles and hedonist party islands of southern Thailand, Maier and his sidekick Mikhail race against formidable foes to discover some of our darkest truths and to save their lives into the bargain.

Late to the party as usual with my first taste of Tom Vater's Detective Maier series in what may prove to be his final outing.

Tense, violent, brutal, gripping, stunning and a savage indictment on how America conducts itself overseas in a post-9/11 world. Angry and political would be an apt description, as a hunt for a German photographer in Thailand, a man who faked his own death morphs into something much bigger.

I really enjoyed this one. There's a darkness at it's core and Vater conveys his outrage convincingly. Our protagonist, Maier ably assisted by Mikhail - a friend and fellow detective-cum-bodyguard-cum-security expert - track down the missing man, Ritter and uncover a photograph Ritter has taken. The Monsoon Ghost Image opens up a can of worms for our two accomplices and a massive red target has just been painted on their backs.

Torture, experimentation, dark arts, technology, big brother, black ops, rendition, a manhunt, a mysterious ally (or maybe not), Thai military complicity, a chilling and deranged doctor with hynoptic almost other-wordly powers and a penchant for creative surgery, a German billionaire with a callous indifference for humanity and an isolated jungle playground, ideal for indulging his sickness... and a helluva lot more.

At it's heart we have Maier and Mikhail, our moral compass, shining a torch for the good guys and trying desperately to survive and outwit opponents with much greater influence and resources, while pondering what to do with the image. Mikhail with his previous tutelage in the Russian military/intelligence service is a bit more pragmatic than Maier in respect of fighting fire with fire, if it ensures their survival.

Topical - even though it's set in the early 2000s, relevant, entertaining, thought provoking, decent settings, though I may have been dissuaded from ever wishing to visit Thailand in the future, sympathetic characters, pacey, not over-long and relevant. 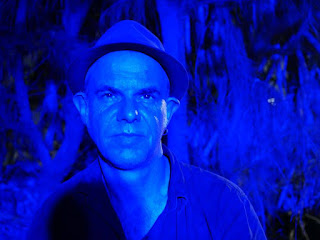 Tom Vater has two earlier books in the Maier series - The Cambodian Book of the Dead and The Man With the Golden Mind, as well as a separate standalone novel - The Devil's Road to Kathmandu. And a lot of non-fiction.