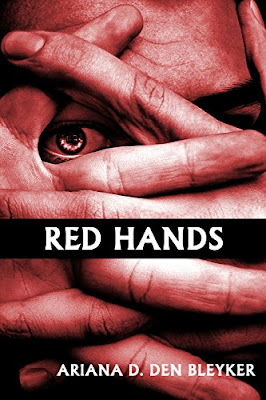 Meet Garrison Harper, a young man on the brink of adulthood, institutionalized after murdering his father and watching his mother die a gruesome death. RED HANDS is a tale of a man using his skills and talents to confront his family history through therapy and the ritualized killing of women while simultaneously fighting crime as a Pittsburgh police lieutenant. In a world of psychosis, psychological twists, and meticulous murders, Garrison assumes the role of Thomas Smith, a talented cop who kills with the lust and thoroughness of a hobbyist who can’t distance himself enough from his own delusions.


My second time with Ariana D. Den Bleyker's work, after reading Dark Water a year or so ago and a more agreeable outing this time around.

Our main character, Garrison Harper has issues and is in therapy. Read the blurb and you'll discover why. I really enjoyed the scenes with his therapist where he struggles to conceal his true thoughts and feelings. He's obviously not a well man. Garrison is a janitor.

We also have a killer called Thomas (Garrison?) who is a cop. There's a lot of tension as he meets his victims and stalks them. Most of the focus is on his killing, as opposed to the day job. Only really when he is close to exposure does the job as a police officer seem to come into play.

An exciting confrontation with his partner is probably the highlight of the book for me. The conclusion shocks his colleagues but not so much the reader at this point.

I liked the writing. There are some great scenes and a fantastic build-up of tension at various points in the narrative when you feel things could slightly tip even further out of kilter.

At times though I was confused by the narrative and the characters, perhaps no, definitely I didn't fully understand the author's intent. Were Thomas and Garrison the same person? In which case, how could they be a janitor and a cop, unless we are talking two different time-lines which wasn't made clear.

The author is a published poet as well as a novelist so perhaps the narrative deserved a bit more effort than this particular reader gave it.

For Garrison life was a Dali painting. Horses walked along a swerving stream, reflecting the brown mountains in rippling lenses. Legs stretched to second-hands. Numeric pointillism shaded in the gnarled limb. A dim sun outlined in the clouds, filled the vacuum of the sky. A somber clock hung, waving in the wind of gravity on the branch of one of the horse’s leg-trees. Each time it was layered oil chipping; the frame: wooden, gold, absent. He dreamed this most every night but not once had the inclination to express it. Brushes went on hair. Canvases stayed blank. 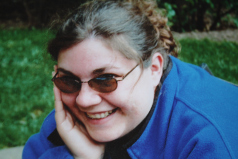 Overall, despite not fully understanding things I enjoyed it.

* Red Hands is about to be re-published by Fahrenheit Press. I'll add the cover image to the post when that happens. 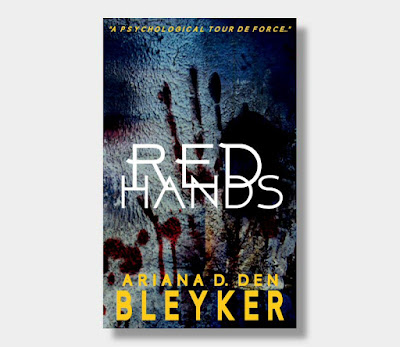