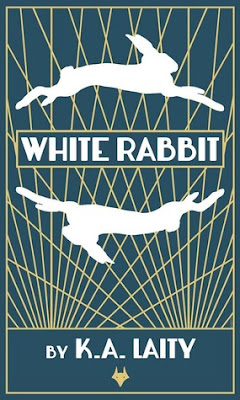 Disgraced former police detective James Draygo has sunk as low as his habit allows, working as a fake psychic despite his very real talents. When a media mogul’s trashy trophy wife gets gunned down at his tapping table he has to decide whether he can straighten up long enough to save his own skin. He may not have a choice with Essex’s loudest ghost bawling in his ear about cults, conspiracies and cut-rate drugs. Oblivion sounds better all the time…

‘Being a fan of mashing up genres myself, I was of course delighted to see someone else playing fast and loose with things. The central idea of the story – a real psychic pretending to be a fake – is delicious, too. The mystery was deftly played with just the right balance of action and character interplay to keep me turning the pages. The seedy side of London is nicely worked as well – not too threatening, as befits the style of book, but still gritty enough. The cast of supporting characters are nicely drawn, too. Kate writes with a fluid, easy to read style.’

I'm not usually a big reader of novels with Supernatural elements, but when I do partake it's typically Kate Laity's work that I'm reading, mainly her short, sharp Hard-Boiled Witch series. White Rabbit is much longer than those pieces and effortlessly blends an illogical/unexplainable goal of our major bad guy - local criminal king-pin Dockmuir - into a convincingly sold mystery/crime novel, with James Draygo and his cohorts seeking to thwart his ambitions and bring succour and comfort to our restless, departed souls trapped in a limbo of sorts. Well, Draygo will do once he figures out what is going on.

We have a seance, some contact with the other side, a mention of the mysterious White Rabbit and POW - Dockmuir's unhappy, estranged wife Peaches is gunned down by one of her husband's goons. And we are off and running.

Draygo, a former cop with an unhappy past and a troubled conscience, now working as a psychic has to man up and try and ensure Dockmuir pays for the murder, while solving the mystery of the White Rabbit, and soothing the troubled spirits including Peaches, that are gathering around him. He's also going to have to re-visit a relationship with his former police partner that didn't end well, the cops being interested in Peaches murder on Draygo's home turf.

Along the way, we have Jinx - Draygo's live-in companion/assistant/friend and a crusading journalist Helen Saunders for company. There's a lot of unexplored history to Jinx and Draygo's relationship that I would have liked to have seen examined a bit more, though keeping it obtuse and under-stated maybe kept it a bit more interesting. Saunders comes into the picture as someone investigating Dockmuir for a story involving pharmaceutical's of a strictly non-legal variety.

There's also a lot of fun had to be had with the three, but particularly when Draygo is communicating with the other side and Helen and Jinx are present. Draygo is having conversations which Helen is not privy to, which is amusing the the reader and frustrating for her, with her initial scepticism adding another layer to the mix.

Like I say it's a very different kind of mystery to what I'm usually reading but it was refreshing and a welcome change. I was convinced by Laity to suspend my disbelief and to buy into the whole shebang.

Decent characters, London setting, interesting plot and an amiable pace, with enough of the ordinary and everyday reality to ensure that the non-logical elements didn't run away with things and lose me in the process.

If there was a criticism, it would probably be the formatting of the novel. It's one great big continuous flow, scene to scene which if I could have set aside a day to read it in one sitting would have been great. Having to put it down and pick it back up when life interrupted my reading was slightly irritating as there's no natural break in the narrative. That said - it's an interesting way to construct a tale.

Overall - very enjoyable and I'd be happy to read more with the three main characters, either a new case or maybe a prequel which explores the origins of Draygo's relationship with Jinx. 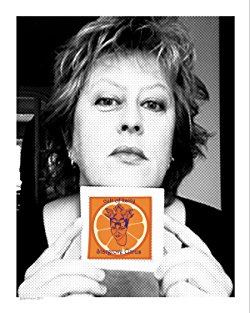 K.A Laity has been read before - Hard-Boiled Witch - Hocus Pocus You're Dead, Charms O'erthrown and Toil & Trouble. As well as some penned as Graham Wynd - Satan's Sorority, Extricate and Smallbany.

I'll be reading more from her in the future.