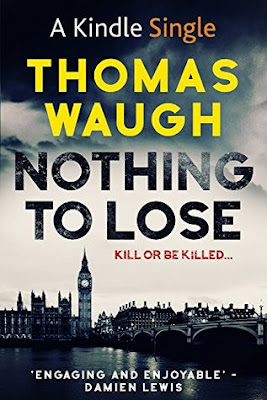 'Engaging and enjoyable. A must read for soldiers and civilians.' - Damien Lewis.

When he murders Martin Pound, a corrupt politician, he considers it to be just another job.
His days are spent drinking, reading and visiting his late wife's grave. Devlin has nothing to live for.

Then he meets Emma, "a good Catholic girl". Everyone deserves a second chance.
But the hunter is about to become the hunted.

The Parker brothers, the criminal family who put the hit out on the politician, want to tie-up loose ends.

Devlin must kill or be killed.

Nothing To Lose is a literary thriller, set in South London. Thomas Waugh has created a hero (or anti-hero) who will seem human to some readers and inhuman to others. You decide.

Praise for Nothing To Lose:

’Graham Greene meets David Baldacci... Nothing To Lose is philosophical, satirical and, most importantly, gripping. For lovers of thriller writing and literary fiction alike.’ Matt Lynn

'A gripping thriller, elegantly told. A complex plot, deftly handled. And a narrative that puts the city of London, with its wealth and poverty, goodness and evil, at the heart of the story.' - Alison Joseph.

I do have a certain fondness for hitmen novels and Thomas Waugh’s Michael Devlin is another welcome addition to the band of merry killers for hire that populate my reading shelves ……. Lawrence Block’s Keller, Loren D. Estleman’s Peter Macklin and Quarry from Max Allan Collins. I’m sure there are others in addition that elude me at the minute – further recommendations welcomed.

Nothing to Lose is a shortish outing for Devlin at 94 pages long and it was a blast.

Devlin is ex-army and gets his jobs through former comrade and friend, Oliver Porter. Porter, the fixer has Devlin clip a Tory MP. The MP had gambling debts and was threatening to expose his creditors to the authorities unless they wrote his debt off.  The Parker brothers – the gangsters that he owed the money to - have a better idea and have ordered a hit.

Mission accomplished but it might come back to bite the brothers on the bum. The victim’s merry widow is creating a song and dance in the media and the Parker brothers want to avoid scrutiny of their dealings with the MP. Porter and his gunman will have to go.

The Parker’s are capable, but Porter and Devlin might be a little bit more difficult to remove than the twosome imagine.

High-brow literature this isn’t but with a fast pace, an interesting main character and a fair bit of action, it’s just the kind of book I could happily read until the cows come home.

Waugh gives us plenty of back story for the widowed Devlin. He’s still grieving for his wife, I don’t think it’s specified how many years previously she passed but he is obsessively faithful to her memory – to the extent of refusing to countenance any future romantic entanglement with a new woman. Emma, the attractive Irish florist and his casual drinks partner may put that vow to the test. Our ice-man may just be thawing.

Decent mix of the personal in with the plot, enough of both to make this a series I’ll be keen to continue with. Fortunately for me, Thomas Waugh has already penned a further two books with Michael Devlin as a lead – Darkness Visible and Ready for Anything. Good reading times ahead! 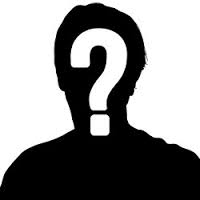 According to publisher, Endeavour Press - Thomas Waugh is the pseudonym of a bestselling historical novelist.

A Google search has Fantastic Fiction suggesting Waugh might be Damien Lewis “a war correspondent and thriller writer.”

I'd quite like for it to be Lewis, as I like the idea of him hat-tipping his own books. Beat your own drum man, because there's plenty to be proud of.