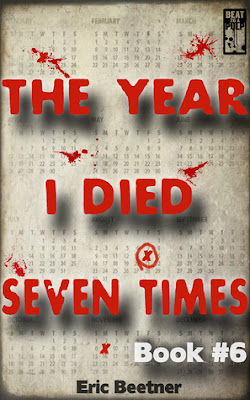 His legacy of bad ideas continues as he once again throws his own safety to the wind on the hunt for the woman he loves. This time he'll make others face death with him. He'll find another lost soul to rescue along the way and when he follows a new lead right to the door of saving Miho forever, he'll get a very cold reception.


The end is getting near. Time is almost up. She's close, but not close enough. Ridley will sacrifice everything in his final push to reunite with Miho: money, friendships, even his own life (again).

Book 6 in the episodic Beetner tale The Year I Died Seven Times and pretty much more of the same for our main man Ridley.

Brought back from the dead by the doctors after his bee sting and subsequent anaphylactic shock, Ridley wakes to find Miho gone.

With friend CJ covering his back and acting as wheelman a trip back to the Ginza House to get some answers is the plan. Kidnapping, knee-capping, interrogation, answers and a drive to some of LA's less salubrious locations.

The pair get side-tracked as usual, interrupting a gang rape and doing the right thing. Death follows, but not yet for Ridley.

Plan B - we have a name of the head honcho in the Japanese trafficking organisation and money, serious money may grant us an interview and either death or information.

Information received,and the Feebs don't want to know. It's time to head to the docks again, back where we started.

Ridley's on a stakeout and Miho is spotted. Whatever possessed our hapless hero to lock himself inside a dockside freezer?

Another 40 odd-pages in this outing and another entertaining, far-fetched, humourous caper. I have my doubts that true love will conquer all, but I'll see what Beetner has in store for us in the final episode soon. 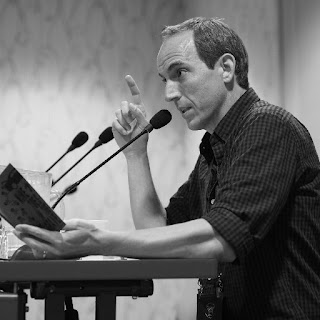 The Year I Died Seven Times has been republished as a single novel, as opposed to the 7 episode format I acquired it in.