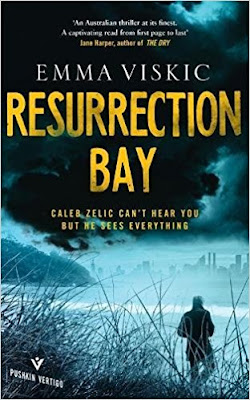 Caleb Zelic can't hear you. But he can see everything.

The prizewinning debut thriller from the new name in crime

CALEB ZELIC IS ON THE HUNT FOR HIS FRIEND'S KILLER

His childhood friend has been brutally murdered at his home in Melbourne. Tortured by guilt, Caleb vows to track down the killer. But he's profoundly deaf; missed words and misread lips can lead to confusion, and trouble.

HE NEVER FORGETS A FACE

Fortunately, Caleb knows how to read people; a sideways glance, an unconvincing smile, speak volumes. When his friend Frankie, a former cop, offers to help, they soon discover the killer is on their tail.

Sensing that his ex-wife may also be in danger, Caleb insists they return to their hometown of Resurrection Bay. But here he learns that everyone - including his murdered friend - is hiding something. And the deeper he digs, the darker the secrets...


My first time with Emma Viskic and her protagonist Caleb Zelic, but after reading this one definitely not my last encounter.

We open with Zelec cradling the still warm body of his dead friend Gary, ambulances and police are flocking to the scene. Caleb had received an urgent message from Gary, asking him to come to his house and warning him about “Scott.” Caleb doesn’t know a Scott.

Caleb Zelic is an unusual lead in that he is deaf. He can talk well and mainly relies upon reading lips to interact normally with people. He is very conscious of his deafness. He signs with friends, uses a hearing aid sparingly and has issues in how he presents as a deaf person functioning in society. There’s a reluctance to acknowledge his condition and make allowances for it when interacting every day, both for his own benefit and those he is trying to communicate with.

Caleb works an investigation business with Frankie, an ex-cop and alcoholic. Gary was a police officer and Caleb’s friend since childhood and on occasions he helped with the business. Caleb has concerns that a recent insurance investigation into a warehouse heist, one he asked Gary to help look into was the cause of the murder. He’s helping the police – good cop, Tedesco and bad cop McFarlane -with a witness statement and further interview, but Frankie and Caleb are going to be doing some digging on their own to help track down Gary’s killer – the mysterious Scott.

I really enjoyed this one. Caleb is an intriguing protagonist and his deafness adds another level to the investigation. Conversations are often open to misinterpretation and confusion.

As the investigation unfolds, Caleb reconnects with his ex-wife and junkie brother. There’s an escalation, further murders occur with Scott and his henchmen covering tracks. Caleb himself is attacked and injured.

Viskic really ramps up the tension, a few well timed twists help. There’s a sense of danger prevalent on almost every page. Zelic fears for his ex-wife, his brother less so as suspicion, distrust and a barely controlled paranoia take over.

Excellent pacing, I loved the plot, the characters and their interactions. Enjoyed the setting too. Fantastic conclusion which delivered. 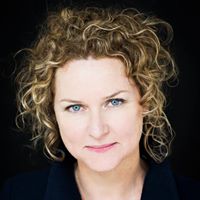 Resurrection Bay is her debut novel and unsurprisingly snared a few awards, including the Ned Kelly for Best Debut. The second in her Zelic series And Fire Came Down will be published soon by Pushkin Vertigo.