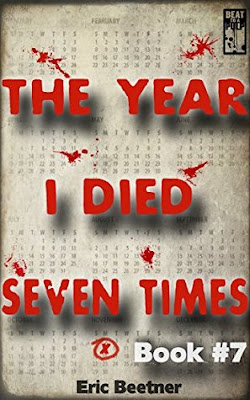 The year is almost over and Ridley is sure he will never see Miho again. It's time to move on with his life. Time to stop dying. But some ghosts from his past won't let it end that easily.

A showdown is looming, a fight Ridley no longer wants. But a fight is coming, whether he wants it or not. And he'll finally get the answers he's been seeking, but he might not want to know the truth after all.

The action comes to a shocking end in the final installment of this exciting serial novel.

Ridley dies again (inevitably), but along the way suffers a loss possibly more grievous than that of Miho. Best friend CJ is killed and there's no second chances for him.

Endeavoring to leave Miho to his memories, Ridley's moving on and in the dating game. His old flame puts in an unexpected appearance and its not a happy experience. Closure of sorts and a new ambition emerges, one where there paths might cross again in the future.

Enjoyable final segment. Plenty of self-deprecation from our main character which makes him such interesting company. The ending didn't disappoint, even if Cupid had long fled the scene. 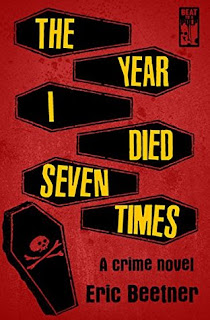 
I may have enjoyed it a bit more if I read it in a more joined up fashion, conversely maybe the constant suspension of disbelief required to stay on board for the whole shebang may have abandoned me if I came at as a compressed, condensed read. I guess I'll never know.

There's plenty more Beetner on the pile, so good reading times ahead.