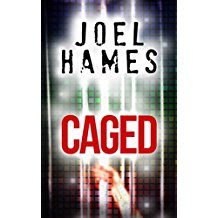 Binny Carnegie doesn't want her notorious night club shut down. Lawyer Sam Williams wouldn't normally care, but it's his job to fix Binny Carnegie's problems.
Fixing this particular problem might be more trouble than it's worth.

Caged is another snapshot of Sam Williams, hero of international bestseller The Art of Staying Dead and the upcoming thriller Dead North, back in his formative legal years at Mauriers.

Please note that Caged is a short story, not a full length novel.

Praise for The Art of Staying Dead, the first full-length Sam Williams novel

"A great thriller with a strong plot, original and intelligent, with great characters, flawed, likeable, detestable, human, with some nice chewy thematic elements...taut, lean and witty prose... The Art of Staying Dead is a 5 star treat." - John Bowen, International Bestselling Author of "Where the Dead Walk", "Vessel" and "Death Stalks Kettle Street"

"Fans of fast-paced thrillers will love this book. There is certainly one twist towards the end which literally made my jaw drop open" - Sarah Hardy, By The Letter Book Reviews

A second short outing with Joel Hames and his Sam Williams lawyer character within the space of a week, and another decent hour's reading in their company.

Williams has a new client and it's an area of the law that he is a bit unfamiliar with – local council licensing regulations. Binny Carnegie, the client has had her nightclub’s license withdrawn and been closed by the council. After an interview with Binny, it’s a difficult decision to comprehend. Her club causes less bother to the surrounding neighbourhood than her rivals and in the past they have been praised by the police for their stance on tackling drugs within the clubs.

Sam despite his disdain for this boring work, does his boss’s bidding and seeks to get the decision overturned. In the background, he’s still looking to find love, and the latest candidate, a Welsh nurse could be the one if ever their schedules align.

A meeting with the council, a date, an offer, a decision, a firing, a re-opening, a VIP ticket and a night of fun and frolics and then a tragic consequence.

Another tick in most of the boxes. Decent storyline, doses of humour, a bit of sex, a main character with a touch of humanity about him, as opposed to the stiff-upper lip. Not bad at all. 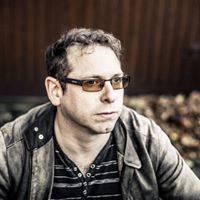 Joel Hames has a few novels to his name – The Art of Staying Dead, Bankers Town and another shortish one Brexecution. Something that is worth my while checking out.