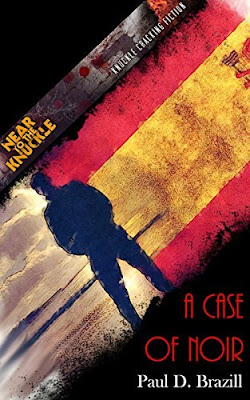 In snow smothered Warsaw, Luke Case, a boozy English hack with a dark secret, starts a dangerous affair with a gangster’s wife.

Case escapes to the sweltering Spanish heat where he meets a colourful cast of characters, including a mysterious torch singer and a former East End villain with a criminal business proposition.

In stormy Toulouse, he encounters a blast from the past that is positively seismic which forces him to return to England and confront his past. 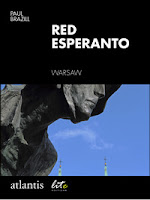 A Case of Noir is a strong shot of international noir from Paul D. Brazill.

My second encounter with author Paul D. Brazill in the month of September and a slightly more agreeable reading experience for me this time around.

A Case of Noir collects five previously published Luke Case stories; Red Esperanto, Death on a Hot Afternoon, The Kelly Affair, The Big Rain and One of Those Days in England. 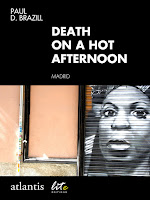 In Red Esperanto, our man is in Warsaw – drinking – a lot of drinking and spending a bit of time with some ladies – the wrong ladies and there’s a consequence. Our player gets played and gets to sample Polish hospital food.

Death on a Hot Afternoon – Wintery Warsaw was too hot for Luke, so he’s now decamped to 42 degree Madrid and earning a few quid as a journalist. Flat sharing with Nathan Jones, another man with secrets, trying to escape from his past. The problem is you can never run far enough or fast enough. 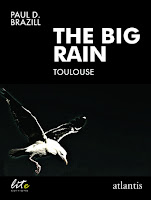 The Kelly Affair – From Madrid to Granada. We discover a bit more about Luke’s past and why he’s on the lam, and we run into an old friend from Madrid, before receiving a warning.

The Big Rain – Toulouse and still working as a journalist, encountering a friend (?) from the Warsaw days while Lena, our patricide-killer from Madrid is still on the scene. Chickens come home to roost, as events from the past eventually catch up with us and Father Joseph Black, the man we double-crossed and left face down in the dirt, enters stage left. A friend to the rescue - Pedro, but at a price.

One of Those Days in England – Cambridge – to settle a debt, there’s a writer needs killing. Mission accomplished and the new passport and ID as promised. 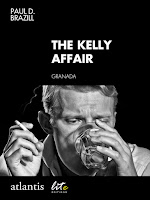 ‘The names a bit weird, isn’t it? I’m not too happy about being named after a South American country. There are sure to be jokes about coffee and nuts.’
Pedro shrugged. ‘Take it or leave it.’
‘Oh, I’ll take it. What’s my occupation supposed to be.’
‘An English teacher. EFL. Like your old friend Sean Bradley.’
‘Ha! EFL teaching. The underachiever’s paradise. Suits me. Where is my first job?’ ……..
‘Poland? Well, at least it’s not Warsaw,’ I said. 'The city’s name sounds like a winning round at Scrabble.’ …….


‘What the hell’ I thought. I had a new name, a new life and a brown envelope full of money. What could possibly go wrong? I sipped my drink and at last let a warm sea of expectation enfold me entirely. 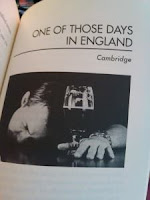 A fantastic set, enjoyable enough on their own but collectively the sum is much greater than the individual parts. A road trip around Europe, a beating, a death, drinks and drugs, hitting on more bars and broads than is sensible, and a hit, culminating in a slightly improbable outcome.

I mean a deviant,booze-soaked, sex-mad, criminal type working as an  English Foreign Language teacher in Poland? I just don't buy it!

I bought an earlier incarnation of the collection previously as well as having ponied up for the individual installments when they were released as stand-alones, maybe 5 years ago. I received an ARC of the current fancy new edition from Near to the Knuckle courtesy of the author. 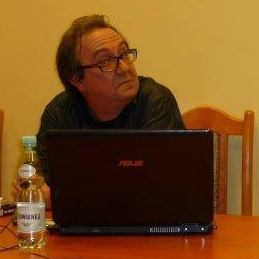 Mr Brazill has featured on the blog before, more than once.…. Kill Me Quick, The Last Laugh, 13 Shots of Noir, Guns of Brixton and Big City Blues