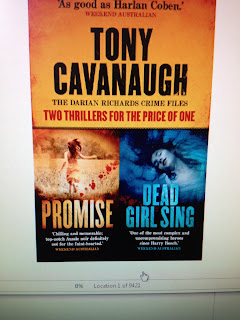 A bit of Aussie crime this week with a couple from Tony Cavanaugh.


Cavanaugh is a new author to me and not someone I know anything about, other than I liked the sound of these two. Apparently he does a lot of writing for Australian TV. 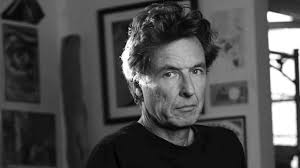 He has subsequently published several more in his Darian Richard series.


There's an entry for him on Aust Crime Fiction website here, with links to reviews of his work. 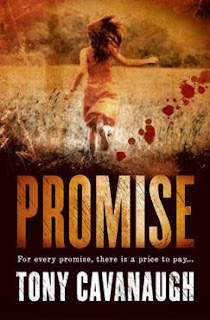 Victoria's Top Homicide cop Darian Richards has been seeking out monsters for too long. Surviving a gunshot wound finally persuades him to call it quits and he retires to the Gold Coast, leaving his demons behind. But he should have known: nowhere is free of demons.

All Darian wants to do is sit on his jetty and ignore the world. But a serial killer is prowling the Sunshine Coast - girls from all over the area have been disappearing into thin air. Jenny Brown was the first: vanishing on a Saturday the previous year. Despite what everyone who knew her said, after a good three minutes' thought the cops dismissed it as a runaway. Before they'd even walked out of her front gate, they'd forgotten Jenny Brown even existed.

But as others start to disappear the cops can't call them all runaways. And Darian can't sit idly by and watch them mess up the investigation. He decides he is going to find the killer and deal with them . . . his way.

The first book in the Darian Richards series

Darian Richards knew he should have let the phone keep ringing. But more than two decades as a cop leaves you with a certain outlook on life. No matter how much he tried to walk away, something, or someone, kept bringing him back to his gun.

One phone call. Two dead girls in a shallow water grave. And a missing cop to deal with.

Something bad is happening on the Gold Coast glitter strip. Amongst the thousands of schoolies and the usual suspects, someone is preying on beautiful young women. No one has noticed. No one knows why.


Darian looked into the eyes of those two dead girls. The last person to do that was their killer. He can't walk away. He will find out why.

Tony Cavanaugh is an Australian writer and producer of film and television with over thirty years' experience in the industry. Dead Girl Sing is his second book featuring former cop Darian Richards and follows on from the acclaimed crime thriller Promise. 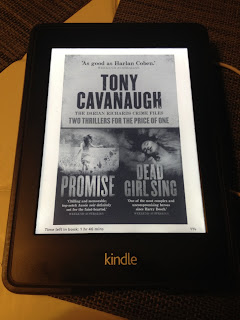