QUESTIONS AND ANSWERS WITH HELEYNE HAMMERSLEY


Heleyne Hammersley is the latest author to submit to a gentle interrogation of their reading and writing habits. 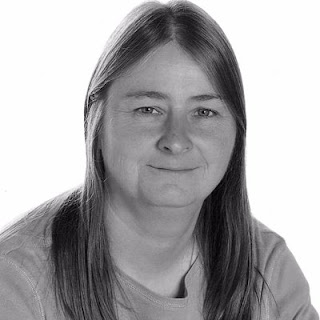 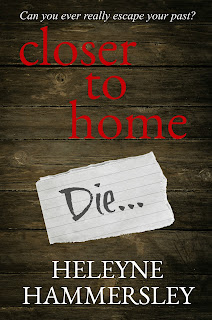 Heleyne's latest book hit the stands earlier this week. It's a very enjoyable police procedural with a back-drop setting of the miner's strike in the 80s.

Closer to Home was on the blog yesterday - here.

I'm an English teacher but I'm doing supply teaching at the moment.  It's quite varied and it helps to pay the bills.

If I'm not at school, I tend to settle down to writing at around 10am after walking my dog for an hour or so.  I find that a morning walks helps to get me in the right frame of mind.  I'll review the last chapter that I wrote and then get down to work until lunch.  Afternoons and evenings vary.  Sometimes I write, sometimes I read, sometimes I give in to the lure of the television.

Sometimes. I use physical characteristics of people I know when creating characters.  I steal names as well.

I do a bit of both. I usually have a loose plan with a clear idea of where the story will end up.  My characters don't always behave as I expect though so there is always an element of making it up as I go along.

I don't think I could write anything involving cruelty to animals.

Can you tell us a bit about your published books so far? Is there one you are more proud of than any of the others? Which and why?  Which would you press into a reader’s hand ahead of the others?

My first novel 'Forgotten' is set in China and south-east Asia. The central character is a British woman, suffering from amnesia, who is trying to work out who she is and how she ended up in a Thai hospital. It's a suspense novel.

My second book 'Fracture' again features travel. It's set in Australia and is about a young woman's struggle for identity as she comes to realise that she's in danger from somebody who she thought was a friend. 'Closer to Home' is a more traditional thriller set in South Yorkshire. It's set in the present day but also has sections which deal with the effects of the miners' strike in the eighties.

I really don't have a favourite - I'm proud of them all.

Signing a three book contract with my publisher, Bloodhound Books.

I'm writing a follow-up to 'Closer to Home'. It involves the same main characters and the same setting. I might end up writing a series but I'm not sure yet - I'll have to see what other stories the characters have to tell..  It's going quite well but, like most writers, I have days when I think it's a steaming pile of....

The flexibility. I can write anywhere.

The self-doubt that seems to come about half way through every book.

Nina is Not Ok - Shappi Khorsandi

Atonement by Ian McEwan. It's so clever and beautifully written.

Hill walking. I live in Cumbria and spend a lot of time in the Lake District.  I find walking is great for allowing myself time to think and plot.

Detroit. The brutality and injustice was deeply shocking.


TV addict or not? What’s the must watch show in the Hammersley household? 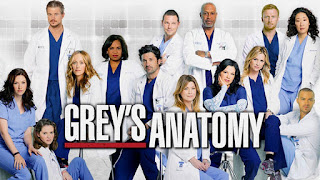 My TV guilty pleasure is Grey's Anatomy. I've seen every episode and have every series on DVD. I also love a good crime series or a well written drama.

I'd like writing to be my full time job.

You can catch at her these various haunts.