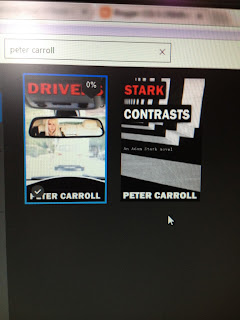 Another author that I have yet to try and another one about whom I know very little.
There's an author page at Ravencrest Books which offers up a bit more detail on him here.

He might be Scottish, he lives there and he has half a dozen novels to his name - three in his DI Adam Stark series - Stark Contrasts, Stark Choices and Stark Realities. The three stand-alones are Pandora's Pitbull, In Many Ways and Drivers. 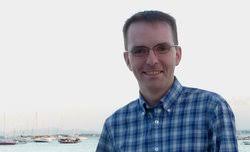 
I think some random browsing on Amazon led me to his books and I bought a couple on spec., back in 2014 according to Amazon. So only approaching 3 years on the TBR pile, not too bad then. 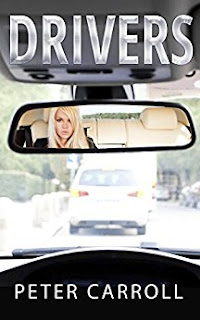 What would you do if..

..someone offered you a great job with a company car, an expense account and the chance to drive the girl of your dreams around all day? You'd bite their hand off, right?

What if the guy offering the job is a violent gangster and the girl of your dreams is his only daughter? Still keen?

Ross Fleming decides to go for it but his dreams turn into nightmares as the girl takes him on a ride he'll never forget.


Revenge, justice, loyalty, lies, love, anger and an identity crisis. Turns out, the new chauffeur is not her only driver. 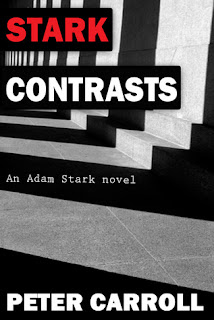 DI Adam Stark is a cop from a small, Scottish town working in the biggest of all English cities – London. He’s been seconded to a specialist murder squad, but he’s not convinced the rat-race suits him.

Meanwhile, a concerned citizen has also had enough of the inconsiderate people around them and decided it’s time to teach them some lessons … forcefully.

As punishments escalate in severity, and the press make a champion of this anti-hero, Stark is trying to make sense of what’s going on. Random, unconnected victims, excessive retribution, red herrings, kidnap, mutilation, mistaken identity, gangsters, revenge and murder: things are getting totally out of hand.

Stark needs to stop this sociopath with a social conscience, but the case is so bizarre, it might just be running away from him.
Posted by col2910 at 00:31