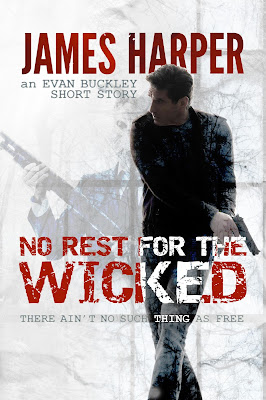 An isolated getaway for two in the mountains.
Four desperate men on the run.
One shared moment of truth.

WHEN maverick P.I. Evan Buckley wins a free trip for two to an exclusive luxury hotel buried in the mountains of upstate New York, a well-earned rest should be guaranteed. After almost meeting his maker on his last case, he needs it. But when an armed gang on the run from a botched robbery that left a man dead invade the hotel and take Evan’s partner Gina hostage along with the other guests and their spirited seven-year-old daughter, Evan’s got his work cut out.

As the armed men become increasingly desperate and more violent, one of them develops an unhealthy obsession with Gina. Cut off from help, Evan will do anything to save her and the other hostages, but his daring plan could get them all killed if she fails to play her perilous and crucial role.

And as if that wasn’t enough, the old hotel has got a few shameful secrets of its own. Only one thing’s for sure – there ain’t no such thing as free.


Another free read from a previously unheard of author, one I found via an e-mail offering access to a selection of thrillers through Insta-Freebie. Accepting an initial freebie from the author, got me onto his newsletter list and then this one.

Not the best book ever but hey while I was reading it I was entertained and enjoyed the tale without ever wishing I was doing something else. By the finish line, I was still engaged although you kind of know the hero will save the day.

We have Buckley and his girlfriend, Gina on their way to a romantic weekend at an isolated hotel and we have a ruthless gang of robbers who've just held up a bank and killed the manager before fleeing. The gang are on edge with each other after the idiot in the pack turned the deal sour. The shooting was unnecessary and why the hell would you take your mask off in a CCTV controlled environment while committing armed robbery and murder.

There's a back story to Buckley and Gina which may have been covered in a previous outing, but there's enough of Gina to suggest she is capable of giving as good as she gets when the inevitable happens - the robbers unexpectedly "checking" into the hotel. 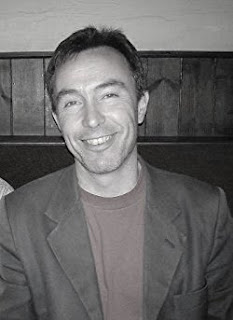 I enjoyed the author's writing style. He injects a bit of humour in the tale and spices it up with a bit of lechery from one of our protagonists. Decent action scenes and enough there in the main character to read the other freebie I got from him soon, before deciding whether or not to take a punt on some of his longer work.

James Harper has his website here, where you can access this and another Evan Buckley tale Fallen Angel.

His novels Bad to the Bones and Bad Call are available for purchase on Amazon.