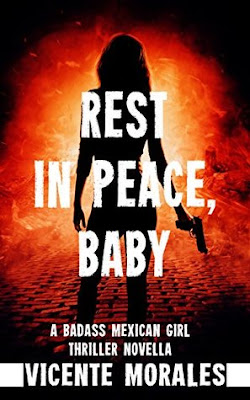 A teenager forced into the brutal world of sex trafficking. Dozens of murderous narcos with torture on their minds. The key to survival? A lone badass with a particular set of skills and an urge to kick some major ass…

Tasked with assassinating a pair of narcos who seduced and killed the wrong woman, the Badass Mexican Girl finds herself deep within enemy cartel territory. Armed with only an AS50 sniper rifle, a Glock, and a bad attitude, will this girl with no name be able to take on a swarm of homicidal enemy narcos and rescue an innocent victim of sex trafficking?

You’ll have to read this exciting thriller to find out…

Rest In Peace, Baby is the exciting prequel to the upcoming Badass Mexican Girl thriller series by Vicente Morales. If you like violent page-turners, tons of action from the first line, and an unhealthy dose of dark humor, then you’ll love Rest In Peace, Baby.

Get your copy of Rest In Peace, Baby and dive into the action today!

Another one from Instafreebie and probably the first one to come back and bite me on the bum.

The blurb sounds like it would be right up my street and it was pacey with plenty of action, but no real character development or depth if I'm honest. Consequently I had zero connection to the plot or emotional investment in the outcome.

We have an insanely high body count and fair to say the author delivers on the death and carnage part of the deal. Some of the action scenes seemed a little bit over-described. Every move, punch and kick or bullet described to the nth degree - a little bit more faith in the reader to join the dots up might have worked better.

There's a bit of a curve ball thrown when our Badass Mexican Girl gets a little sidetracked when on her mission to wipe out the Colombian drug supplier. A rescue mission is easily taken in the stride of our protagonist. And there's decent bit of scheming at the end to draw out our adversaries. 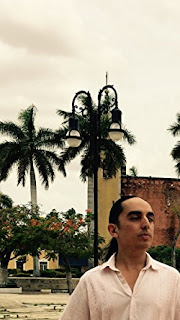 Bits of humour Morales injected into the book lightened the tone at points, especially when one of our vicious narco bosses got a rebound from his hot branding iron.

Sadly, overall a bit of a disappointment, but not a totally wasted effort. If you don't try you'll never know.