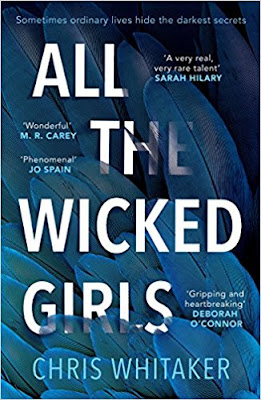 For fans of Lisa Jewell, Holly Seddon and Local Girl Missing, All the Wicked Girls is a gripping thriller with a huge heart from an exceptional talent.

Everyone loves Summer Ryan. A model student and musical prodigy, she's a ray of light in the struggling small town of Grace - especially compared to her troubled sister, Raine. Then Summer vanishes.

Raine throws herself into the investigation, aided by a most unlikely ally, but the closer she gets to the truth, the more dangerous her search becomes.

'Chris is so amazing. He just has this real knack of creating characters that you're completely engaged with . . . I was hooked by his beautiful prose and by the end I was absolutely ruined' Lisa Hall, author of Between You And Me

Difficult to do this one any sort of justice in a review. After a slightly slow start, once I got into the rhythm of the book I really liked it and was loathe to put it down.

A 15 year-old girl, Summer Ryan goes missing and it isn’t the first disappearance that the small communities in the area have experienced. Several girls have previously vanished and the mythical Bird is responsible. Only he’s not just a made-up bogeyman to frighten the kids, he’s real.

Raine, Summer’s twin and the more wilful of the pair has little faith in Chief Black’s ability to find her sister, so takes to riding the lanes and countryside around Grace with a couple of misfits Noah and Purv to look for her sister.

We experience parts of the book through Summer’s eyes and gradually uncover her secrets and in time discover her fate.

I think I would have enjoyed reading this book, even without the mystery of the disappearance of Summer and the other girls. Whitaker paints an incredibly detailed picture of a small God-fearing bible belt community Grace. The town is in economic decline, work is scarce. There are limited prospects for the youth, criminality could be a legitimate career option.

Within our community we have the usual conflicts and shared histories. The twin’s father, Joe Ryan was sent away, jailed for a number of years and missed a large part of their childhood. Raine blames Chief Black and hates him with a vengeance. Uncle Tommy stepped in and looked out for the pair during Joe’s absence. Chief Black has issues. His authority is under threat. His own faith in his competence is shaky, perhaps the bottle and the magic medicine he injects between his toes isn’t the best way of dealing with things. The manic preacher, Pastor Lumen semi-retired after a stroke still holds great sway in the community. His replacement, the milder meeker younger Pastor Bobby has his own skeletons and burdens to carry. Him and his wife, Savannah are dealing with the loss of their baby son separately, their grief and guilt driving them apart. Savannah is Summer’s cello teacher and Bobby is an important influence in her life.

The two characters who gripped me were Noah and Purv. Almost brothers, one long-suffering at the hands of his abusive father, with bruises and welts Purv’s normality and Noah. Noah has his own burden to carry. His long dead dad was a lawman and died in an incident involving Chief Black, a death which many blame on Black. Orphaned, Noah lives with his ailing grandmother and his dream of following in his father’s footsteps may not be fulfilled. His growing fondness and love for Raine may not be reciprocated and could add to the load he carries. A load borne without self-pity. 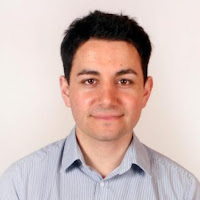 It’s been a while since I shed a tear reading a book, but Whitaker pushed me close. The characters were that real and that haunting. Guilt, secrets, love, loss, grief, awakening, maturity, friendship, community, family – all resonate strongly throughout.

Chris Whitaker’s debut novel, Tall Oaks sits on the pile – not for too much longer.