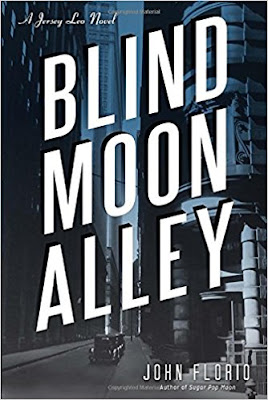 It's Prohibition. It's Philadelphia. And Jersey Leo doesn't fit in. Jersey is an albino of mixed race. Known as "Snowball" on the street, he tends bar at a speakeasy the locals call the Ink Well. There, he's considered a hero for having saved the life of a young boy. But when his old grade school buddy, Aaron Garvey, calls from death row and asks for one last favor, all hell breaks loose. Jersey finds himself running from a band of crooked cops, hiding an escaped convict in the Ink Well, and reuniting with his grammar school crush - the now sultry Myra Banks, who has shed a club foot and become a speakeasy siren. Through it all, Jersey tries to safeguard the Ink Well with no help other than his ragtag group of friends: his ex-boxing-champion father, Ernie Leo; the street-savvy Johalis; a dim-witted dockworker named Homer; and the dubious palm reader Madame Curio. With them, Jersey digs for the truth about his friend Aaron Garvey - and winds up discovering a few things about himself.

My second time with John Florio and his mixed race albino Jersey "Snowball" Leo. Sugar Pop Moon, Florio's fiction debut was a pretty amazing read back in 2013 and this one has sat on the pile for a year or two simmering. High expectations then.

Slightly unfulfilled unfortunately. I didn't enjoy it quite so much as the last one. It's a fairly short book - around 230 pages long, but it still felt kind of saggy around the middle.

Jersey's childhood friend, Aaron Garvey is on death row awaiting execution. Jersey gets the phone call he's been dreading; Garvey wants Leo to join him for his last meal, a request that our man can't turn down. Garvey later escapes and seeks Jersey's help in shelter and also trying to recover some seed money invested in a nightclub. Money he needs to flee the country and start up elsewhere. As a convicted cop-killer he won't find any rest in America.

I liked the setting with the seedy atmosphere of illegal drinking clubs in 30s Philadelphia. (World's apart from a recent book I read set in 30s Texas.) I liked the main character Jersey and his relationship with his father and his loyalty to his friends and his dreams of escape with childhood sweetheart Myra. His constant striving to do the right thing and his permanent fretting over money and his responsibilities. He has a good heart. Some of the supporting characters also had some depth and decency - Leo's father Ernie and the cop Thorndyke.

I think I just couldn't really get into the story. There seemed to be a lot of chasing around and to me at least repetition. We seemed to replay the same events a few times. Cops hunt Garvey, Jersey being watched and worrying etc etc. Maybe we needed to get to the point a bit quicker, which might be harsh on a book not especially long to begin with. 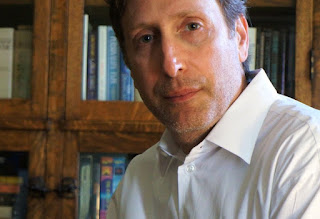 I enjoyed the ending and segments of the book. Just a bit of a disappointment when compared to the first in the series.