QUESTIONS AND ANSWERS WITH EMMA VISKIC 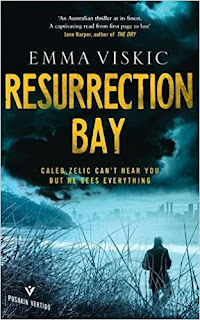 Emma was kind enough to answer a few questions about her reading and writing. 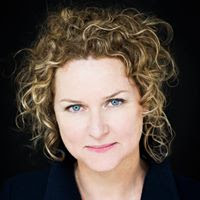 I’m also a classical clarinettist. Writing was my first love, but somewhere along the line I got the strange notion that classical music was a better career choice than writing...   I played professionally for around twenty years, performing in everything from arena spectaculars to aged care homes. I still teach the clarinet and perform a little, but writing is beginning to take up more and more of my time.

Every day is different. If I’ve got the whole day to write, I’ll work solidly all morning. My brain pretty much shuts down in the afternoon, so I write in 30 minute sessions to try and keep focused. If the writing is going badly I coax myself along with the promise of little treats like coffee. I’ve also been known to have the odd nanna nap. If it’s a work day, I’ll write in the evening or late at night when the rest of the family has gone to bed.

Never intentionally, but aspects of their personalities have got a worrying habit of seeping onto the page.

I usually start with a few scenes in mind. Those scenes are like my road signs. I start with one of them, then try to work out how to get to the next one. It means a lot of backtracking and rewriting, but it seems to work best for me. Most of my best plot points have come after long and frustrating journeys down dead ends.

There’s a fair bit of violence in my novels, but it’s always there for a reason, and there are consequences to it. I don’t like voyeuristic violence in novels, and won’t write it myself.

I’ve just read Resurrection Bay recently (a bit late to the party I know) please could you tell us a bit about your main character Caleb Zelic? Where did he come from?
·
Caleb came from the murky depths of my subconscious. He’s a bit of an outsider, irrepressibly obstinate and profoundly deaf. He pretty much appeared fully formed, but it wasn’t until I was well into the first draft that I realised I’d based his character on a girl I’d gone to school with who was profoundly deaf.

How long from conception to completion did Resurrection Bay take? Was it a smooth process or were there many bumps in the road along the way?

It took me five years to write Resurrection Bay. There were a lot of bumps along the way, the biggest one being the moment I realised I’d started the novel in the wrong place. I had to cut over 20, 000 words and felt every single one of them. Interestingly, things went a lot smoother after that, and the last draft of the novel was a dream to write.

I read somewhere you studied sign language as part of your research. How intense was that? Are you proficient, could you conduct a conversation in the language, or did you only have the opportunity to scratch the surface?

It was quite intense, and at times confronting, but also incredibly enjoyable. I can hold a fluent conversation with a four-year-old (If the four-year-old has above-average swearing skills).

A second Caleb book follows soon And Fire Came Down, will we be seeing more with Mr Zelic in future…a third, a fourth? Or will you be on to pastures new?

You’ll definitely be seeing a third book as I’m in the early stages of writing it. It won’t be a long series, but I’m not ready to abandon Caleb yet.

Was the second book, more difficult to write than the debut?

Both. It was easier because I had more skills, and knew that I’d managed to write a book before, but the added pressure of expectations made it more stressful. Writing to a deadline was also a very different experience. As a musician I’m pretty good at sitting down and doing the work, but a deadline definitely adds pressure.

What’s been the most satisfying moment of your writing career so far?
·
I had a wild weekend last year, when Resurrection Bay won all four of Australia’s top crime awards in one swoop. I think I’m still recovering from that.

Any unpublished gems in your bottom drawer?
·
No gems, just dross. I’ve got two manuscripts marked ‘burn upon my death’.

What’s the best thing about writing?
·
Falling into the story and getting lost in the world I’ve created.

The worst?
·
The overwhelming panic when the writing is going badly

Too Easy by JM Green, The Student by Iain Ryan, The Burgess Boys, by Elizabeth Stroudt, Terra Nullius by Claire G Coleman, From The Wreck, by Jane Rawson

Who do you read and enjoy?
I love all kinds of genres and authors. For crime I turn to Peter Temple for his bone-dry wit and dialogue, Kate Atkinson for her humour and characterisation, and Lee Childs for a fast and furious holiday read. Otherwise, I keep going back to writers like Hilary Mantel and Vikram Seth – writers who write beautifully about people.

Lots! But the one that immediately springs to mind is The Big Sleep by Raymond Chandler. It’s lean and mean, and it changed the way people thought about crime fiction.

I loved The Big Sick, by Emily  Gordon and Kumail Nanjiani. I often get irritated by romantic comedies, but The Big Sick is well-written, thoughtful, funny and poignant. 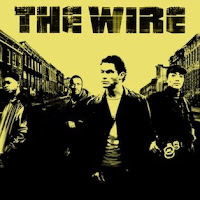 TV addict or not? What’s the must watch show in the Viskic household?

We haven’t got a TV, but I love binge watching things online. Sometimes the binge-watching turns into binge re-watching: I’m currently up to my fourth or fifth viewing of The Wire.

Many thanks to Emma for her time and to Tabitha at Pushkin Vertigo for setting this up.

You can keep up to speed with Emma Viskic and her books at.....