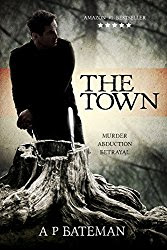 Rob Stone is taking time out to climb in the mountains of Oregon. Taking a break, drinking coffee in a diner in a small mountain town he watches a helpless man humiliated. Stepping in to help, he sparks a confrontation. Within an hour somebody tries to kill him.

A message has been sent, but Stone will not be pushed. As he starts to investigate what some people in the town do not want uncovered, the truth becomes unthinkable. Cruelty on a scale unimaginable, Stone is determined to shut it down and reclaim the town for its people.

Outnumbered, hunted through the dense forest and mountain terrain, his enemy are unaware that they haven’t gained the advantage. They have merely released him into his element.

Sometimes you can’t see the woods for the trees…

Another author that prior to taking a punt on this book I knew nothing about. I liked the premise of the book and not being risk averse in my reading I thought I would give it a go.

Without being the best book ever and exercising a slight suspension of disbelief at the final conclusion and in truth with a bit of a credibility stretch regarding the seeming indestructibility of our main man, Rob Stone - I really enjoyed it.

A lot of the Amazon reviews for this compare Stone to Lee Child's Jack Reacher and the thought did occur to me as well during my reading so there must be some nugget of truth there. I was also reminded of David Morrell's John Rambo - Stone is a don't push me, I'll push you back twice as hard type of guy and at the moment of reading this was the perfect book for me.

Plenty of action, with Stone a lone wolf type, trying to uncover the dark secrets that this isolated town in Oregon is harbouring. I liked Stone - he kicks ass, he's resilient, he's capable, he's on the side of the little people and he kicks more ass.

Fairly decent plot, again a bit of a leap for me when the reveal came as to who was doing what and why. Fast-paced with a decent setting and some interesting secondary characters within our town's populace. In particular the waitress in the diner-cum-bar and the lady running the hotel - names escapes me.

There's plenty of confrontational scenes with dialogue - talk before we fight - that add a touch of dark humour to our tale. A few opportunities for a bit of romance occur, but Stone only has his eyes on one prize - reclaiming the town from the bullies. 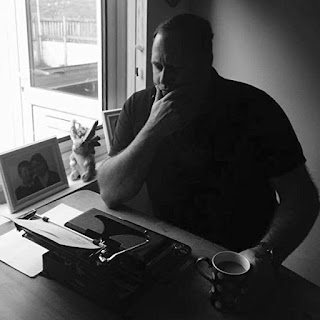 A. P Bateman has six published (self?) novels so far in two series. There are three in his Rob Stone series of which The Town is the second and he has three in his Alex King series about an M16 agent. I would definitely like to read more in the future from this author.