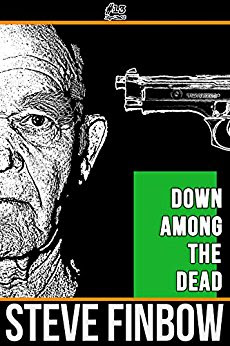 
"The brilliantly breathless, brutal and lyrical story of a retired IRA gunman facing up to his past."

Some lies we live. Some truths we allow to die.

London, 2008. An old man, Michael, sees out his final days sustained by Guinness and talk of the old country. But some memories won’t go quietly to the grave. Some mistakes are not erased by time. And no matter how hard he tries to forget, there’s always someone trying to dig up the skeletons of the past.

Down Among the Dead is a story of trouble and the Troubles, and a violent collision of past and present in the life of one man.

"An examination of regret and self-destruction. Down Among the Dead is a murky read with flashes of hard-hitting clarity. This is no Micksploitation shoot-em-up. It aims for better and hits its mark. Touché, Mr Finbow." -Gerard Brennan, author of Undercover and Wee Rockets.

"Steve Finbow has done a brilliant job with this story. This is sharp and bold writing that is populated punchy dialogue and crisply drawn characters. It’s a wonderful voice that is at once sympathetic and pathetic and it’s one that’s very easy to spend time with.Very highly recommended." -Nigel Bird, author of Smoke and Southsiders.

Another compelling read from Number 13 Press

An old IRA man lives out his days in exile in London bedsit-land. An empty life running down the clock......avoiding his landlady, twice-daily trips to the pub, and a few pence squandered at the bookies is the routine. A few friends and acquaintances in his watering hole and a head full of memories and regrets.

Our chapters alternate between the 80s and the life Michael had in Belfast, and the life he doesn't have 20 years later.

1988 - his family already having left the scene and Michael is still involved with the paramilitaries, somewhat reluctantly. He's needed for a job - one of the most high profile incidents of the Troubles as it happens - Gibraltar. Not one than went well from a Republican viewpoint.

I am out of breath and slightly drunk and I stop to look at the outline of the Rock darker against the night sky. I am waiting. I am waiting for three people. I am waiting for three people to cross from Spain. To cross from the neutral zone into this British mockery. This grasping at past triumphs. This sad hope of returning glory. I am who I am and all I have ever amounted to standing here alone waiting to observe unobserved for a cause I no longer and have never fully believed in, under orders from a man I no longer and probably never did trust. I am without my wife and daughter waiting to see what unravels whether it be the pale drift of nothing or the sharp tang of violence.

2008 - London. No going home after Gibraltar and 20 years on there's a bit of distance from the past.

One careless night.....too much beer, a bit of drunken romanticizing and boasting one night about the boyos and the good old days into the wrong ears. A few Rebel songs and tall tales about gun-running and cemeteries and funerals and shoot-outs and dead soldiers. Loose lips sink ships, a knock at the door......

Tense, topical - if you're Irish and have an interest in the recent past, gripping. Very, very good. 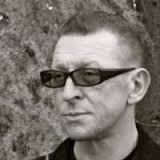 My first time reading Steve Finbow. He has written a few other things - Nothing Matters: A noir Love Story and Balzac of the Badlands, plus some non-fiction.

His website/blog is here and he is on Twitter  - @stevefinbow