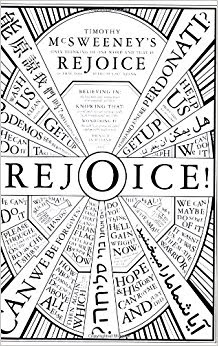 Featuring new work by Wells Tower, Michael Cera, and Etgar Keret, along with as always a bevy of lesser-known but nonetheless excellent writers investigating everything from mental hospitals to sentient mists, and possibly some kind of poster, Issue 30 warrants every ounce of attention and industry you'll give it, even if you are very important and your time is valuable--even if the fate of nations rests on your weary shoulders. You should still read Issue 30.

I picked this book up recently when browsing in a charity shop – an impulse buy based on one contributing author who I’d heard of but not yet read – Wells Tower. I have his collection of short stories – Everything Ravaged, Everything Burned to read at some point.

Like any collection it's a mixed bag and there were some stories I liked a lot more than others.

Michael Cera's Pinecone was the pick of the bunch..... a fading actor, some fast food, an unwelcome critique on a previous film from the guys n gals at the burger joint - savagely funny and not just a little sad at the same time.

Wells Tower - Retreat... a hunting trip and some sibling rivalry....enjoyable to the last bite!

Kevin Moffett - Further Interpretation of Real-Life Events - a pissing contest between a son who writes and his newly retired father who starts to write and has a greater degree of success than his off-spring.

Etgar Keret - Bad Karma - an insurance salesman who can't stop selling policies after surviving a man landing on his head after jumping from an 11th floor window. An okay story.

Shelly Oria - The Beginning of a Plan - a woman can stop the world with some funky power she possesses and her man wants to use this to their advantage, weird for weird's sake, not sure I understood what the point was here.

Carson Mella - Diamond Aces - a son and his father go on a road-trip and the younger man discovers his father's an adviser to strip-club joints. I liked this one.

J. Malcolm Garcia - Cuts - about a manager of a shelter that is suffering from never-ending cutbacks and how to juggle staff and decide who to cut. Entertaining enough.

Catherine Bussinger - Foothill Boulevard - a house renovation, a white girl in the wrong neighbourhood. Frustrating and sad - everything she builds get destroyed, obvious and predictable from an outsider's perspective. 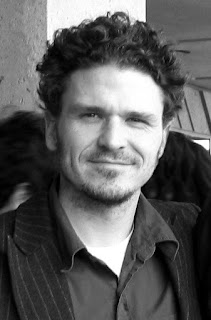 I quite liked the collection overall and reading them one a day during the month didn't divert me from some longer books I was trying to read. There are some small thumb-sized sketches which are simple and appear on every page, accompanying the text. I liked these.

Wells Tower's story collection will be enjoyed at some point and I might look up Michael Cera online to see if he has anything else available - short or long.

I'll keep an eye out for any more copies of McSweeney's Quarterly that I might cross paths with, but won't be seeking them out. I have a few books from the editor - Dave Eggers on the stacks that I'm going to read at some point. Zeitoun is one I've been meaning to read for a few years.