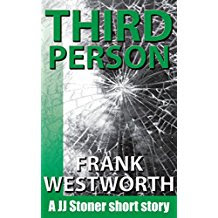 A target is being stalked through rain-soaked city streets. Someone is seeking JJ Stoner, independent operative, covert investigator and occasional contract killer. Caution is advised: with Stoner you often get more than you bargain for and this is Ireland, not so very long after the Good Friday agreement. The cease-fires are holding firm, so far, but someone wants to put a cat among the peace process pigeons…

THIRD PERSON, a short story, features characters from the JJ Stoner / Killing Sisters series.
The first full-length book in that series, ‘A Last Act of Charity’, is available in paperback and ebook formats.
As well as a complete, stand-alone story, THIRD PERSON includes an excerpt from ‘A Last Act of Charity’ and behind-the-scenes bonus material, ‘It Begins In The Middle.’

Please note that THIRD PERSON is intended for an adult audience and contains explicit scenes of a sexual and/or violent nature.

Ha, my third time with one of Mr Westworth's Stoner short stories and another 40 pages of fun and philosophy along with copious helpings of kiss-ass violence.

A story concerning the North of Ireland and an effort to involve Stoner in a high profile assassination. He kills without breaking too much of a sweat, but does he want the job?

Pithy observations, a bit of banter between Stoner and his companion - Bernadette, a street fight, a bit of a drinking session and a meeting at an isolated locale in the north. A messy outcome.

Unlike me, but I've jumped around with these short offerings reading out of order. Oh well - it's not like the world stopped spinning on it's axis because of it. 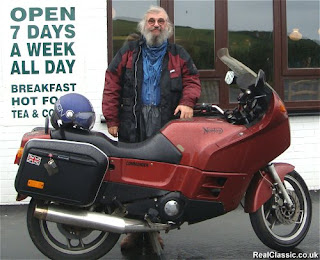 First Contract and Fifth Columnist have been enjoyed. Two Wrongs and Four Cornered await, oh and the longer stuff.