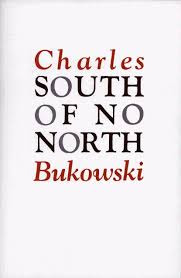 South of No North contains some of Bukowski's best work. Among the short stories collected in the book are Love for $17.50, about a man named Robert whose infatuation with a mannequin in a junk shop leads him first to buy it, then make love to it, and then eventually fall in love with "her," much to the consternation of his real-life girlfriend; Maja Thurup, about a South American tribesman with an enormous penis who is brought to Los Angeles by the woman anthropologist who has "discovered" him and become his lover; and The Devil is Hot, about an encounter with Old Nick at an amusement pier in Santa Monica, where Scratch himself is caged and on display, fed only peanut butter and dogfood, exploited by a cynical carnie.

The collection also features two of Bukowski's finest and most famous short stories: All the Assholes in the World Plus Mine, an autobiographical rumination on the treatment of his hemorrhoids, and Confessions of a Man Insane Enough to Live With Beasts. (The latter story originally was published as a chapbook of 500 copies by Bensenville Mimeo Press in 1965.)

The short stories collected in the volume are evocative of Bukowski at his best, when he was one of the premier short story writers still at the top of his talent.

A collection of Bukowski short stories enjoyed back in January, though scratching my head now, I can only recall one of them. There's 27 in total!

Not what I want to read all the time, but every now and again, its good to reacquaint myself with his work - to read of the ordinary, the mundane, the down-but-not-quite-out types, the unambitious where the primary concern is for the next drink or sexual encounter.

Like anybody can tell you, I am not a very nice man. I don't know the word. I have always admired the villain, the outlaw, the son of a bitch. I don't like the clean-shaven boy with the necktie and the good job. I like desperate men, men with broken teeth and broken minds and broken ways. They interest me. They are full of surprises and explosions. I also like vile women, drunk cursing bitches with loose stockings and sloppy mascara faces. I'm more interested in perverts than saints. I can relax with bums because I am a bum. I don't like laws, morals, religions, rules. I don't like to be shaped by society. 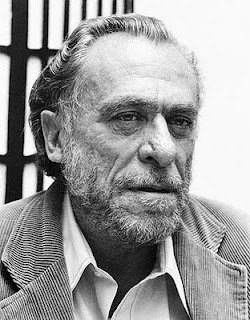 Not my most enjoyable encounter with his work, that would still be Post Office, though it was years ago that I read it, but I'm still glad I read this collection.