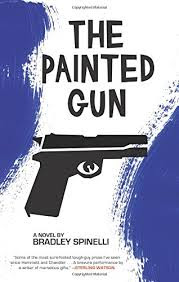 It's 1997 at the dawn of the digital age in San Francisco. Ex-journalist and struggling alcoholic David "Itchy" Crane's fledgling "information consultancy" business is getting slowly buried by bad luck, bad decisions, and the growing presence of the Internet. Before Itchy can completely self-destruct, a crooked private investigator offers him fifty grand to find a missing girl named Ashley. Crane takes the job because the money's right and because the only clue to her disappearance is a dead-on oil portrait of Crane himself painted by the mysterious missing girl--whom he has never met.

As Crane's search for Ashley rapidly becomes an obsession, he stumbles upon a series of murders, gets slapped around by thugs and intimidated by cops, and begins to suspect he's being framed for the murders by a psychotic Guatemalan hit man. Left with no avenue but survival, Crane goes on the offensive, fighting to clear his name, solve the murders, and find the beguiling portrait artist Ashley, who may have a few surprises of her own.

"[In] this tricky and delightfully surprising crime novel...Spinelli deftly segues from one genre to another--from hard-boiled noir to paranoid thriller, puzzle mystery (with each and every riddle logically explained), spy caper, and ultimately to something evocative of Bogart and Bacall. Spinelli is definitely a talent to watch."
--Publishers Weekly

"An unofficial San Francisco shamus whose tale is set in 1997 but whose heart is stuck in 1947 hunts for the world's most elusive missing person...‘I keep meeting people who wind up dead,’ aptly observes the narrator/hero...If you'd like more where that came from, Spinelli is your man."
--Kirkus Reviews

A short, sharp blast of a novel – 224 pages long - just about perfect length for my reading tastes.

We have a PI with a past - Itchy Crane, a disgraced, alcoholic former journalist. Crane is hired to find a missing girl which on the face of it seems straightforward enough. It isn’t.

Hard to do this justice in a review, I really liked the main character, the plot, the gradual reveal of what was going on. I was fascinated  to hear of the Death Master File - a computer database created by the SSA and after a bit of research - to learn it was real and the consequences of having your life effectively ended by a keystroke error. Once you get put on the file, it's nigh on impossible to correct an error.....how can you live a life when you're declared dead? Our missing girl in this book - Ashley is one such victim, albeit not because of a data input error.

A week here is like a lifetime......A week here can change your mind about everything - about life, about the reason for it, about why yours turned out the way it did. I see it all around me - gringos who came for a weekend and stayed for two years, travelers who were on vacation and decided to quit their jobs, loners who met someone and changed the entire trajectory of their lives. Anything is possible in a place such as this. And like all extremes, the opposite is equally true - nothing is possible in a place such as this......... 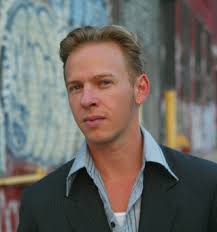 I am dreaming of a woman I barely know, a woman so beautiful that I shiver at the thought of her, at the memory of her touch.

He has an earlier novel published called Killing Williamsburg - something I might look into.