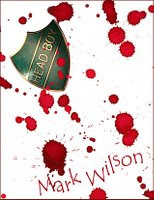 
It's not easy being Head Boy.

Follow Davie Diller for seven days as he navigates his way through his turbulent life. A scheming bastard in and out of school, Diller screws, drinks, snorts, cons and kills his way through the Lanarkshire underworld and attempts to survive the attention of his local drug-lord, Hondo, who's less than impressed by Diller's growing debt and status; He's also having a busy week at school.

A brutal and wickedly funny novella inspired by The Prodigy's 'Smack my Bitch Up’ music video, Irvine Welsh's "Filth" and by John Niven's 'Kill your Friends'.

"His Diller creation is in equal measures compulsive and repulsive." - Ryan Bracha, author of Tomorrow's Chip Paper and Paul Carter is a Dead Man.

“The main character pulls off the ultimate deception that even the most observant reader does not fully comprehend until the very end.” – Craig Furchtenicht, author of Dimestore Bandits.

Another fast-paced read from another entertaining Scottish author - Mark Wilson.

Head Boy introduces us to Davie Diller. Diller is the son of a policeman but has no regard or respect for the law. We follow his adventures around Lanarkshire.

Davie deals drugs for Hondo, the local crimelord, but has ambitions. Hondo needs to reign him in and keep him in his place while still benefiting from his usefulness. A six-figure cash demand allied with an impossible deadline offers Davie the possibility of a less than friendly meeting with Hondo's slow-witted but brutal son Lionel.

Sorting that one out, whilst balancing life at school and trying not to get further onto Mr Bowie's shit-list will exercise our Head Boy's juggling abilities to the max. Bowie, resplendent with handlebar moustache and ginger toupee, is an ex-army, old school teacher, who sees through Davie's veneer of respectability. Davie's a scrote and Bowie knows it and it's his life's work to reveal all to everyone.

Factor into the equation, some parental concerns as well. Davie's father has been hearing a few rumours down at the station that wee Diller junior is involved in some unsavoury business with Hondo.

Fast, funny, engaging, enjoyable, crude - sexual references and a bit of toilet humour, brutal, violent, but extremely readable. I kind of felt the violence had comedic undertones so whilst our Head Boy is not a good person, you can't help but enjoy spending time in his company and rooting for him to overcome his various obstacles. The support cast offer great entertainment also, especially Bowie.

Mark Wilson springs a conclusion that had me shaking my head at the author's audacity. 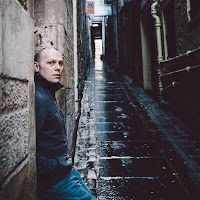 The author has more recently been putting out books under the pseudonym of C. P. Wilson. Ice Cold Alice is his latest.