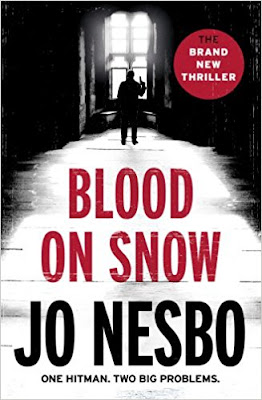 From the internationally acclaimed author of the Harry Hole novels - a fast, tight, darkly lyrical stand-alone novel that has at its center the perfectly sympathetic antihero: an Oslo contract killer who draws us into an unexpected meditation on death and love.

This is the story of Olav: an extremely talented "fixer" for one of Oslo's most powerful crime bosses. But Olav is also an unusually complicated fixer. He has a capacity for love that is as far-reaching as is his gift for murder. He is our straightforward, calm-in-the-face-of-crisis narrator with a storyteller's hypnotic knack for fantasy. He has an "innate talent for subordination" but running through his veins is a "virus" born of the power over life and death. And while his latest job puts him at the pinnacle of his trade, it may be mutating into his greatest mistake. . . .

Setting - Oslo in the Winter...
The snow was dancing like cotton wool in the light of the street lamps. - tick three

As Blackadder once said - "more twists and turns than a twisty-turny thing" - well maybe not that many, but enough to keep this reader on his toes - tick six

Finale - a bit of a dream-like sequence and perhaps a touch of ambiguity over the outcome, or maybe I'm over-thinking things - I prefer a bit of finality if I'm honest. Perhaps an outing with Midnight Sun would set me straight. - cross one

Overall enjoyable and the best Nesbo I've read yet. 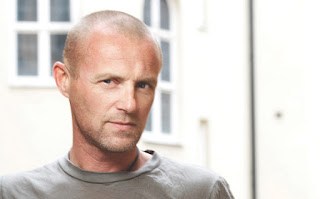 Headhunters and The Bat have been read before. Most of the Harry Hole series waits on the pile for me.

Mr Nesbo probably doesn't need any more new readers, but if you're interested his website is here.