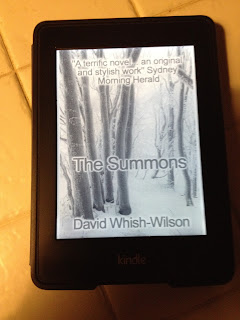 2 from Australian author and all round good guy David Whish-Wilson. 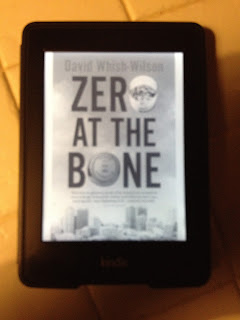 I expressed some curiosity about his books a couple of years ago, and the man himself was kind enough to post me an inscribed copy of Line of Sight from the other side of the world. Upon which I ignored it for the best part of two years – that’s gratitude for you…. hangs head in shame. I have cracked the spine and am reading it now, somewhat belatedly. 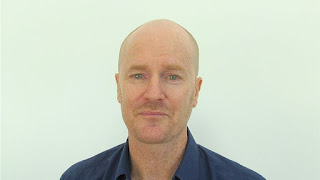 David Whish-Wilson was born in Newcastle, NSW but raised in Singapore, Victoria and WA. He left Australia in 1984 to live in Europe, Africa and Asia, where he worked as a barman, actor, streetseller, labourer, exterminator, factory worker, gardener, clerk, travel agent, teacher and drug trial guinea pig.

David has taught in the prison system in both WA and Fiji, where he started the country’s first prisoner writing program, which now operates in all Fijian prisons.

He currently lives in Fremantle, Western Australia, where he teaches creative writing at Curtin University.

I reckon I'm going to enjoy all three of his books, when I eventually get my arse into gear. Maybe the Frank Swann pairing appeals to me slightly more than The Summons and Berlin, 1934 but it does appear to be an interesting book.

Rumour has it that there is a third Frank Swann book due out next year - a little dickie bird tells me. (When has the walking talking crime fiction encyclopaedia that is Margot Kinberg ever been wrong?) Happy days ahead.....but first these three... 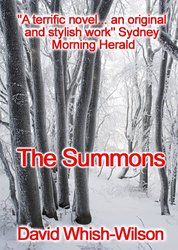 A subtle and powerful morality tale in the vein of Bernard Schlink’s THE READER.
It is 1934 in Berlin, where Heinrich Himmler has set up a special research unit to study the occult and European witchcraft.

Dr Paul Mobius is a World War I veteran and scholar at work at the Royal Library, when an old colleague tries to lure him to join the Special Witch Work Unit. Meanwhile, another Nazi research unit has taken a disturbing interest in Carl, the grandson of Mobius’s tenement neighbour.

Together, the three friends escape to the country, where they find refuge in the small town of S. There, Mobius begins an autumn romance with Monika – and is finally able to come to terms with his own past, and the recent history of his own country.

But the troubling reappearance of Flade sets off an alarming chain of events that leads ultimately to Wewelsburg Castle, nerve-centre of the SS leader’s research units and think-tanks, where Mobius and Monika are exposed to a secret that will change their lives forever.

'In this fine first novel history is imaginatively absorbed into the life of its characters. Whish-Wilson's vividly observed scenes reveal what is at stake - no less than the growth of one man's soul.' Joan London

‘An eloquent and thought provoking novel.' Katherine England, The Advertiser
‘An unorthodox and imaginative story of quiet heroism.’ The Age

'THE sickly, cloying atmosphere of Nazi Germany in the lead-up to World War II is captured brilliantly in The Summons.' Weekend Australian.

'...a thoughtful and thought-provoking read. Four stars.' Australian Bookseller & Publisher
‘The Summons...anticipates a strong future for this writer who demonstrates that he has read widely, researched solidly, and thought boldly... one expects this novel or his future work to win him the acclaim he deserves.’ Text

Brenda Walker said: ‘THE SUMMONS is at once historical and topical. Working with a fully realised imaginative recreation of the historical period and a dignified uncompromising prose style, David Whish-Wilson has produced a remarkable fiction... David Whish-Wilson writes movingly... The prose is a great joy to read.’

Tom Shapcott said: ‘THE SUMMONS is a novel of very rich achievements, written stylishly and with attentive detail. The writing style is clear, colourful and rich in detail. The work expands as it progresses, not in terms of event and chronicle, but in terms of approaching the main characters and their always mysterious but sympathetic concerns. In this respect, the book achieves considerable distinction, and memorability. 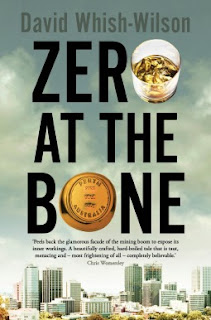 “He put the barrel into his right eye until the spasms of red covered the filaments of dark, and he said it one last time, ‘Sorry old mate,’ and then it was done…”

Ex-detective Frank Swann is now on the outside of the police force – the only way to get justice done in Perth. It’s 1979 and the mining boom is just beginning in Western Australia. The city is a place of celebration - there are street parties, official glad-handing and even a royal visit to commemorate one and a half centuries since colonisation. But behind the festivities a new kind of land grab is going on, this time for mining leases. The price of gold is up and very few seem to be incorruptible before its lure.

When Swann is hired to probe the suicide of a respected geologist, he's drawn into a mire of vice and fraud that has at its heart a lust for wealth that verges on a disease . . .

Praise for David Whish-Wilson’s Zero at the Bone

‘Has all the economy, pace, unexpected humour and local colour we’ve come to expect from David Whish-Wilson. Highly recommended.’ Adrian McKinty
Posted by col2910 at 00:35