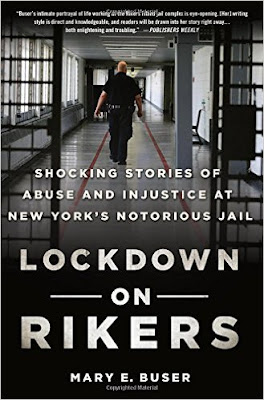 Mary Buser began her career at Rikers Island as a social work intern, brimming with ideas and eager to help incarcerated women find a better path. Her reassignment to a men's jail coincided with the dawn of the city's "stop-and-frisk" policy, a flood of unprecedented arrests, and the biggest jailhouse build-up in New York City history.

Committed to the possibility of growth for the scarred and tattooed masses who filed into her session booth, Buser was suddenly faced with black eyes, punched-out teeth, and frantic whispers of beatings by officers. Recognizing the greater danger of pointing a finger at one's captors, Buser attempted to help them, while also keeping them as well as herself, safe.

Following her promotion to assistant chief, she was transferred to different jails, working in the Mental Health Center, and finally, at Rikers's notorious "jail within jail," the dreaded solitary confinement unit, where she saw horrors she'd never imagined. Finally, it became too much to bear, forcing Buser to flee Rikers and never look back - until now.

Lockdown on Rikers shines a light into the deepest and most horrific recesses of the criminal justice system, and shows how far it has really drifted from the ideals we espouse.

An interesting look at the inside of Rikers Island jail and some of the workings of America’s legal system during the nineties. Rikers housed (and possibly still does) people arrested for crimes that have not yet come to court, other than an initial hearing. The unfortunate inhabitants are those without the resources to afford a few hundred dollars in bail money. The solution – stick them in Rikers where they can stay indefinitely until their case comes to trial. Only - the legal system only has the capacity to try a small percentage of the cases that could come before them, so typically the vast majority of Rikers inhabitants are forced to take a deal on a sentence irrespective of their guilt and innocence to at least put an end date on their incarceration. Justice in the land of the free, is apparently dependent on one’s ability to pay. At the time Mayor Guiliani’s tough on crime approach led to an increase in the numbers caught and swept up.

Progressing her career through the years to increased positions of responsibility and ever-increasing case-loads. Along the way, her employers changed with the renegotiation of the jail’s mental health contract and her paymaster’s were ever more focussed on running the service for profit.  Somewhat inevitably, burn-out and fatigue followed and Mary Buser left the system. Operating under the pressures she had, I was kind of surprised how long she stood it.

Lockdown on Rikers is littered with case examples from the women and men she helped……. for the main part - drug addicts, prostitutes, teenage delinquents, gang members and others with mental health issues. There’s a lot of misery and misfortune on show. Poor choices in abundance, made by some of the poorest, ill-educated members of society mostly black and Hispanics.

Mary encounters numerous instances of staff brutality and violence, which are exacerbated by having to turn a blind eye to them for fear of placing the victims at risk of further punishing treatment.

I think the saddest part of the book is the fact that I can’t especially claim to be outraged or surprised by how the system functioned. Is it right, fair or morally defensible, to lock people up – somewhat simplistically I know – for the crime of being poor, or ill? No. Has it changed in the past twenty years or so? I’m guessing not for the better.

I couldn’t really claim to have enjoyed the book. Enjoyed or entertained are probably the wrong words. I was informed and educated and more than once, thanked the fates that sees me living a life that promised greater opportunity than many of the folks encountered within these pages. A sense of gratitude also to those who dedicate themselves to a vocational life serving those less fortunate. 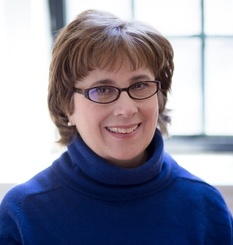 My copy was provided by the publishers – St Martin’s Press.