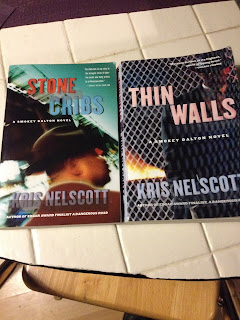 2 from Kris Nelscott this week. Nelscott is a pen name for author Kristine Kathryn Rusch. Kristine writes across a variety of genres – Science Fiction, Fantasy, Romance and Mystery.

The books that most interest me from her concern her series character Smokey Dalton, about which…. Booklist calls the Smokey Dalton books a high-class crime series and Salon says Kris Nelscott can lay claim to the strongest series of detective novels now being written by an American author. 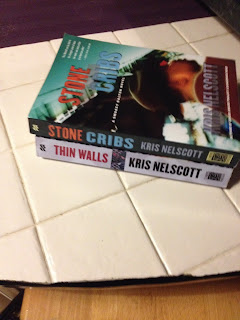 Dalton is a black, unlicensed PI and the series kicks off in Memphis in 1968 – a turbulent time in American history with Civil Rights and the quest for equality.

Smokey is spotlighted at The Thrilling Detective Web Site here. 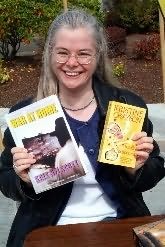 A couple of the series books have been nominated for several awards including the Edgar and Shamus, plus she has picked up other accolades.....The first Smokey Dalton novel, A Dangerous Road, won the Herodotus Award for Best Historical Mystery and was short-listed for the Edgar Award for Best Novel; the second, Smoke-Filled Rooms, was a PNBA Book Award finalist; and the third, Thin Walls, was one of the Chicago Tribunes best mysteries of the year.

Kirkus chose Days of Rage as one of the top ten mysteries of the year. 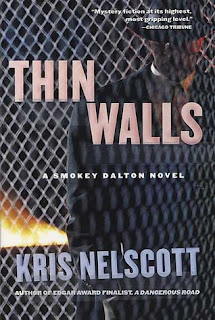 So begins the latest case for Smokey Dalton, Kris Nelscott's enigmatic African-American p.i. But when Mrs. Alice Foster comes to the door of his small apartment, she's not missing a pet, or even a loved one: She wants Smokey to find her husband's killer. Three weeks ago, Louis Foster was found propped up against a tree in a city park, stabbed once through the heart. The cops have given up, and
Smokey isn't surprised: It's 1968, and the Chicago PD cops who responded to the scene have clearly written off the death of this black man as a mugging gone wrong, or something equally unimportant. Case closed. Not for Smokey. He starts at the beginning, enlisting the reluctant help of a photojournalist who took pictures at the scene. Then, going back through newspaper archives, looking for patterns, clues, wild theories-anything that will help him figure out why a middle-class black man would be found dead in a public park miles from home-Smokey learns something startling. Louis Foster doesn't look to be the first.Amid trying to protect his adopted ten-year-old son, who's being hassled at school by some older gang members, Smokey, the photojournalist, and two renegade cops who risk their careers to help him, set off on the hunt for a killer.

Nelscott's Edgar Award-nominated A Dangerous Road, which introduced Smokey Dalton and told the story of the days leading up to Martin Luther King, Jr.'s assassination in Memphis, launched an atmospheric crime series set during one of the most turbulent times of our recent past. Now, in this third installment, she delivers a gripping thriller about one man struggling to build a life in this divided city the only way he knows how, and the men who would kill to stop him. 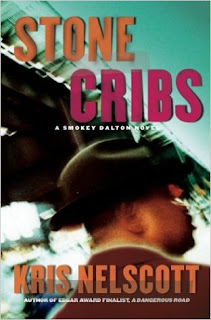 It's Christmas time, 1969, in Chicago. After a night out, Smokey Dalton, Kris Nelscott's enigmatic African-American P.I., and his girlfriend find a young woman bleeding to death in his neighbor's apartment. Upon arriving with her at the hospital, they discover that her injuries are due to a botched illegal abortion.

This act of charity blooms into a more complicated situation when Smokey learns that the woman became pregnant after being raped. The woman survives, but the fallout is deadly: Her ex-husband vows revenge at any cost. And in a city torn apart by racial strife, gang wars, and a burgeoning drug problem, Smokey believes that cost could be too high.

Kris Nelscott, one of the most nuanced, intelligent writers of crime fiction working today, has authored another heart-stopping, complicated novel of a country ripped apart at the seams and a lone man doing all he can to put things right.
Posted by col2910 at 00:10