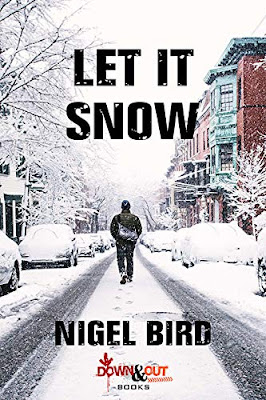 At the zoo, a rhino is killed for its horn. With no evidence trail and a broken heart, DS Sue Nolan turns to an old flame, a man who always has his ear to the ground. Gangland boss Johnny Yen is only too happy to help, but only if he can get a little something in return.

Praise for LET IT SNOW:

“You’ll want to spend time with the characters in this book. They’re ordinary people in all their glory and folly. Bird even manages to make one of the most hated characters in fiction (or life—the cop killer—engaging and interesting. Highly recommended, even for those who don’t usually dig police procedurals.” —Chris Rhatigan, Publisher, All Due Respect Books
Another February read and another entertaining outing in the capable hands of author Nigel Bird.
It's a police procedural with multiple cases and a diverse bunch of cops set against a backdrop of Christmas in Manchester (I think!) Most urgently of all there's the accidental murder of a police officer trying to talk a severely troubled teenager out of suicide. Events tragically escalate. Intertwined there's the less serious non-violent robbery of a department store and a wildlife crime to be investigated.
I liked the different cases, I was kind of reminded of an episode of the old TV cop drama Hill Street Blues, which I enjoyed back in the day. There's a freshness about the book with the focus not driven by just one horrific event. We get to see the pressures on a modern police force, coping with a hectic holiday period, staff shortages - holidays and sickness, during a difficult time weather wise with the city almost brought to its knees.
We spend time with the different officers, varying ranks, different levels of experience, different attitudes and personalities, some more physical and less given to thought as opposed to action, one almost paralysed into inertia by over-analysing possible outcome and repurcussions, all with different home lives and personal situations, some of them single, divorced, juggling kids and girlfriends and access issues, along with the strain that the job brings to their extended families. All of them are shocked and outraged by the loss of a fellow officer.
We see grief, loss, shock, regret, anger as well as the distress and guilt borne by the family of the killer. There's sympathy and compassion for the troubled perpetrator and his parents and an awareness and understanding of the pain associated with managing mental health and the demons that sometimes escape when the methods and processes in place fail.
In addition there's welcome elements of humour and black comedy interspersed throughout, especially in the strands concerning the department store heist.
Lots to like here. I'm hoping it's the start of an ongoing series where we meet up again with the officers in the future.
4.5 from 5
Nigel Bird's work has been enjoyed a few times in the past - Beat on the Brat (and Other Stories),   Smoke, Mr Suit.
Read - February, 2020 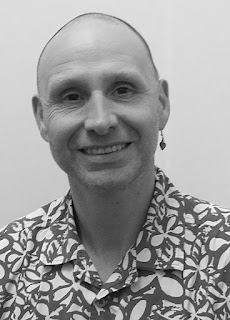 Published - 2019
Page count - 147
Source - review copy received from author
Format - PDF
* Woke up this morning to a changed Blogger (the Google tool, not me having a life-changing experience overnight), one I'm not entirely happy with.
Still there's bigger things going on in the world at the minute.
Stay Safe!
Posted by col2910 at 00:26