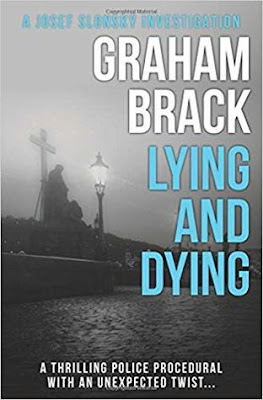 An international crime thriller with an unforgettable detective. Perfect for fans of Ian Rankin, Jo Nesbo and Peter Robinson.

What do you do when the poison comes from within…?


The body of a young woman is found strangled by the side of the road.

There are no obvious clues to what happened, apart from the discovery of a large amount of cash concealed on her person.

The brilliant, but lazy, Lieutenant Josef Slonský is put in charge of the case.

With a wry sense of humour, a strong stubborn streak and a penchant for pastries, Slonský is not overly popular with the rest of the police force. But he is paired with the freshly-graduated, overly-eager Navrátil, whom he immediately takes under his wing.

When fingers start to point inwards to someone familiar with police operations, Slonský and Navrátil are put in a difficult position.

If what they suspect is true, how deep does the corruption run? Are they willing to risk their careers in their pursuit of the truth?

Lying and Dying is the first in a six book series featuring Czech policeman Joseph Slonsky from author Graham Brack. After a shaky start for me, one where I wasn't too sure I was going to find Slonsky's humour and mannerisms agreeable I found myself really enjoying it.

We have the puzzling murder of a young woman and an unlikely suspect - a Government minister who lies to Slonsky about his relationship with the girl. I don't usually read too many police procedural-cum-murder mysteries although I read a lot in the crime fiction genre, but I could make an exception for Slonsky.

I read this a month or so ago and the finer details are fading including important character names. I feel like I'm hardly doing the book justice.

I liked the main character..... his past, his failed marriage, his outlook on life, his previous experiences, the on-going grief he gives his boss, his irreverence and general disdain for all around him, his doggedness and refusal to be cowed or intimidated by greater authorities, his intelligence and cunning, often concealed by his slovenly appearance and manner, the ease with which he can bend people to his will, his love of food and drink, the relationships he has with his colleagues and their willingness to participate in some of his slightly underhand schemes to soften up a suspect in order to advance the investigation, the mentoring of his pupil Navratil and his protection of him and the surprising lengths he is willing to go to to ensure justice for his victim.

I liked the blend of Czech history in the narrative, the recounting of events from the past and how they effected Slonsky. I felt like I learned something about the country and its people while at the same time having a few laughs at some of the antics Slonsky gets up to in the course of his investigation. 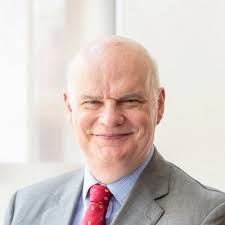 Slaughter and Forgetting is the second book in the series. I'm looking forward to it in the not too distant future.