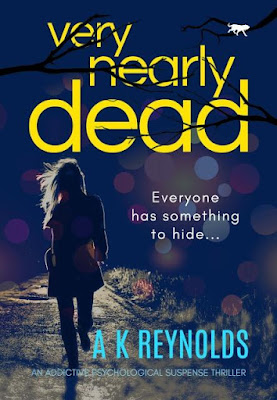 EVERYONE HAS SOMETHING TO HIDE...

"An ending that you will never see coming; just brilliant."

"a book to be devoured in one sitting because you won’t want to put it down."

My name is Jasmine Black, and I'm an ordinary woman apart from three things:

I’m hiding a terrible secret from my youth

My past is catching up with me

When it does, I’ll be dead.

Jasmine Black, a 34-year-old alcoholic, criminal lawyer, has a secret.

At the age of 16, she was in a gang of youths that committed a horrendous crime. As members of the gang start being killed one by one, Jasmine fears for her life.

Desperate to uncover who is responsible for the murders, Jasmine starts to investigate.

But can she uncover the truth before it’s too late?

A fast-paced read concerning events from the past catching up with an alcoholic lawyer and her old school friends. Maybe not so much friends these days, more a group of acquaintances bound together by a shared secret - their joint involvement in the death of a lad nearly twenty years previously. Every year they connect at a school re-union more to ensure that lips are sealed and the secret is intact, as opposed to any great fondness for each other.

Jasmine is our main character and she's been unable to escape from her past. Not especially sympathetic, she is a functioning alcoholic, though as the book progresses her abilities to function diminish. The bottle holds an overwhelming attraction for her. Certain recent events - a car accident and the death of one of the old gang initially - more to follow - and some unusual threats combined with blackouts and lost passages of time, see her descend deeper into a spiral of addiction.

Setting aside the storyline for a minute, its never easy spending time in the company of an addict. As Jasmine's tale progresses, I kind of flip-flopped between sadness, disgust, disappointment and anger at her plight...... self-inflicted and out of control for sure, who would willingly go down that destructive path?

The story was interesting and the author(s) kind of hoodwinked me into believing one thing was going on, when in fact there was a lot more happening. Similarly I was tricked regarding my suspicions of the culprit. I actually changed my mind several times, but neither of them were accurate.

Not too long, a South London setting, with a brief excursion to my old Luton stomping grounds, lots happening though you only get a full comprehension at the finish, unsympathetic characters throughout though not despicable enough to bump you out of the story. 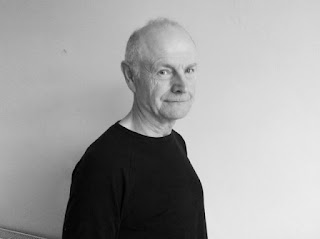 A.K. Reynolds is a husband and wife writing team. I've read the male half before* under a couple of different names. The better half was a new-to-me author. She's also a shy bones when it comes to an author piccie!