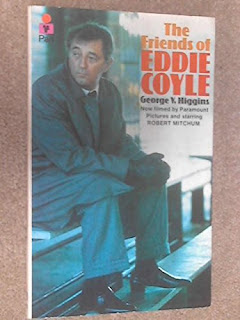 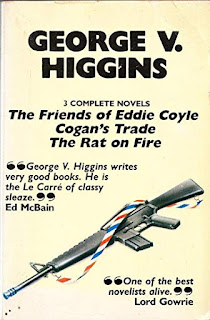 Eddie "Fingers" Coyle got his nickname when some men he knew put his hand in a drawer in a friendly fashion - Eddie could choose which hand - and kicked it shut: Eddie had sold a gun that was traced. Now Eddie is back in business, and taking more care.

However the police are not the only organisation that has their eye on him and Dillon, the knowledgeable barman, gets a message that spells life - or the other thing - for Eddie Coyle.

There's a real cadence and rhythm to the narrative, most of which is propelled forward mostly through conversation. It's a real down and dirty novel where most of the characters are up to no good and everyone is playing an angle and looking out for themselves. There's some liberal use of racist language - the n word gets bandied around more than once or twice, which may make some readers uncomfortable. I can't justify it, but would say the book was written nearly 50 years ago and you have to sense that Higgins captured the essence and attitudes of working class hustlers and grifters in Boston at the time.

Interesting characters and an interesting plot. Eddie Coyle is known to the police and he's known to the boys. He has a charge hanging over him for smuggling contraband further North. He doesn't want to do jail time. He buys and sells guns and he has information. Not hard to imagine where this one is going and how it all ends. 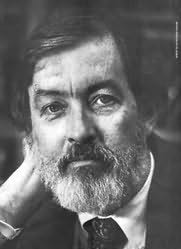 There's a film of the book featuring Robert Mitchum which I'd really like to catch up with at some point.

George V. Higgins wrote about 25 novels in his career, before his death in 1999. I've not read that many, more fool me.