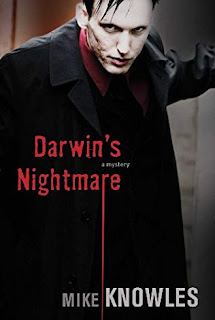 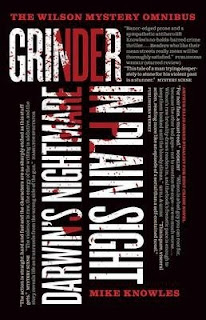 Wilson has spent his entire life under the radar. Few people know who he is and even less know how to find him. Only two people even know his real occupation, carrying out confidential--and illegal--jobs for a very bad man. But one day he crosses the line, saving his friends and earning the hatred of a vengeful mob boss. He survives only by delving even deeper into the underworld of Hamilton. His next job is deceptively simple--transporting a seemingly harmless bag whose contents are both secret and dangerously valuable. Soon Wilson discovers who the bag's real owners are and just how badly they want it back.

An enjoyable introduction to Mike Knowles' work and his recurring series character, Wilson. Wilson is orphaned at a fairly young age and is schooled by his uncle, courtesy of some tough lessons, in the art of deception, invisibility, criminality and a life off the grid. The same kind of career his family had. His uncle is now dead and Wilson is on his own.

I do like reading tales of outsiders and Wilson fits the bill. Not a character I necessarily warmed to or had much sympathy for initially despite the circumstances of his upbringing, that said I was rooting for him during the course of the novel.

Here Wilson gets played as payback for crossing the head of the Italian mob running Hamilton, and is set firmly in the crosshairs of the up and coming violent Russians, rivals to the established criminal hierarchy.

In no particular order.....a bag snatch, family history, a solitary friendship, a kidnapping, violent retribution, an uneasy peace, a set-up ..... ergo mayhem, death, rival criminal fraternities battling and our man in the middle, planning and scheming, before serious action, major bloodshed and a temporary resolution.

I quite liked the relationship between Wilson and his one friend, Steve a bar owner. There's a bond between them that transcends blood ties and each has the other's back without question. That said Wilson operates more as a lone wolf here, not willing to involve his friend anymore than necessary. There's also a curious relationship between him and the criminal head of the Italians. Wilson is expected to kowtow and dance to another man's tune, which he just won't do. He asserts his independence here, but at a price, creating a few enemies along the way.

Best book ever? No, but enough to interest me in reading further in the series. That was a bit of a given anyway seeing as my copy of this one was an omnibus edition of the first three Wilson tales from Knowles and I had taken the trilogy away on holiday with me.

Pace - good, story - interesting, character - a grower, setting - Hamilton, Ontario - another plus, length - a fraction under 200 pages - perfect, outcome - believable with only a slight stretch of the imagination that our main man survives intact the amount of flashing steel and hot lead flying around. 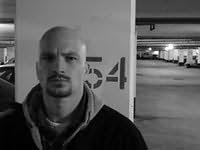 Mike Knowles has written 6 Wilson books in all as well as a standalone novel.