QUESTIONS AND ANSWERS WITH LAWRENCE BLOCK 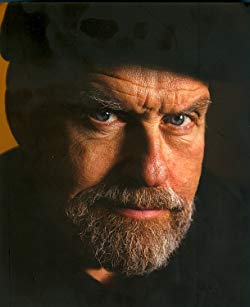 Ho ho ho, Merry Christmas - more in hope than expectation, I pinged a cheeky request off to Lawrence Block with a few random questions.

Why bore the man getting him to talk about his writing or his books, when he's probably answered these questions a million times?

Mr Block, for anyone who has been living in a cave for the past 50 years is the author of over 100 books, in a career that has spanned nearly 60 years. 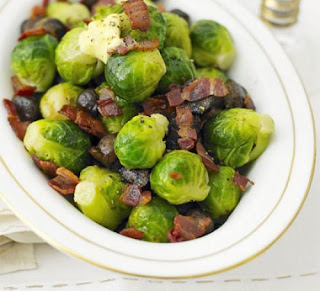 51 years ago this month.

I got a bad sea urchin once. As I'd never eaten one before, I thought that was how it was supposed to taste, and wondered why anyone would voluntarily consume it. It didn't make me ill, but for years I never tried the dish again. 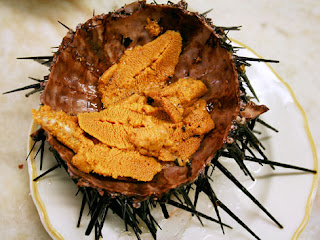 They seem rational enough to me.

Used to be Ireland. Now seems to be Iceland. Just one letter off. 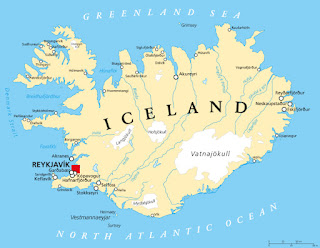 Have you ever appeared in a film or TV adaptation of your own work? (Stephen King used to do cameos in some of his early screen adaptations.)

I was in a scene filmed for A WALK AMONG THE TOMBSTONES, but it was cut. Ruth Wilson was in it, and when her part was dropped, so was mine. 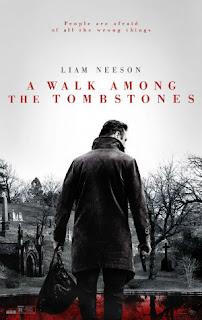 The last time someone asked me how I liked his book.

His next book, out January 2019, sees the return of Matthew Scudder in A Time to Scatter Stones 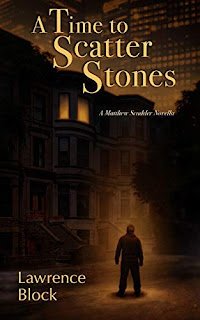 MATT SCUDDER RETURNS. More than 40 years after his debut and nearly a decade since his last appearance, one of the most renowned characters in all of crime fiction is back on the case in this major new novella by Mystery Writers of America Grand Master Lawrence Block. Well past retirement age and feeling his years - but still staying sober one day at a time - Matthew Scudder learns that alcoholics aren't the only ones who count the days since their last slip. Matt's longtime partner, Elaine, tells him of a group of former sex workers who do something similar, helping each other stay out of the life. But when one young woman describes an abusive client who's refusing to let her quit, Elaine encourages her to get help of a different sort. The sort only Scudder can deliver. A Time to Scatter Stones offers not just a gripping crime story but also a richly drawn portrait of Block's most famous character as he grapples with his own mortality while proving to the younger generation that he's still got what it takes. For Scudder's millions of fans around the world (including the many who met the character through Liam Neeson's portrayal in the film version of A Walk Among the Tombstones), A Time to Scatter Stones is an unexpected gift - a valedictory appearance that will remind readers why Scudder is simply the best there is.

Followed by the edited anthology At Home in the Dark in April, 2019 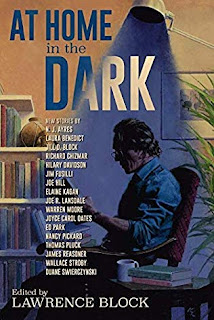 The crime fiction canopy's a broad one, with room to give shelter to writing of all sorts, as editor Lawrence Block shows with At Home in the Dark: "Some of these stories have one or both feet planted in another genre. James Reasoner's story is a period western, Joe Lansdale's is bleakly dystopian, and Joe Hill's novelette slithers through a little doorway into another world. "And now that I've singled out those three, I suppose I should go ahead and list the rest of the gang: N. J. Ayres, Laura Benedict, Jill D. Block, Richard Chizmar, Hilary Davidson, Jim Fusilli, Elaine Kagan, Warren Moore, Joyce Carol Oates, Ed Park, Nancy Pickard, Thomas Pluck, Wallace Stroby, and Duane Swierczynski. "If you're looking for a common denominator, two come to mind. They're all dark stories, with nothing cozy or comforting about them. And every last one of them packs a punch. "Which is to say that they're all very much At Home in the Dark - and we can thank O. Henry, master of the surprise ending, for our title. 'Turn up the lights,' he said on his deathbed. 'I don't want to go home in the dark.'"