QUESTIONS AND ANSWERS WITH LIZ NUGENT 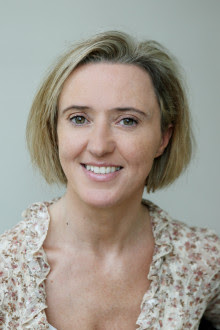 Liz was kind enough to give up some of her time and entertain a few questions from myself......

Unravelling Oliver is your debut novel, has the success of the book taken you by surprise?

Yes! I think I had pretty low expectations as I’ve watched books written by a number of people come and go without making an impact so it was a total shocker to find that readers connected with my story. I had thought it would be kind of niche but I seem to have been lucky that this kind of domestic noir story was exactly what people wanted at the time I published in between Gone Girl and The Girl on the Train. I wonder if I had called the book Unravelling the Girl, would it have gone stratospheric! Joking aside, I couldn’t be happier with its success but must credit the hard working team at Penguin Ireland for the big part they played in getting it into the right hands. 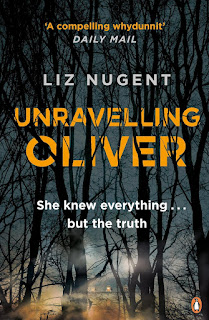 How difficult was your journey from being unpublished to published and flavour of the month?

It all happened quite quickly, although, to me at the time, it seemed like an eon. I finished writing it on New Year’s Eve 2011 (or so I thought). I sat on it for three months before I sent it out to a few agents. Four out of the five came back with a positive response but I chose Marianne Gunn O’Connor because she represented my friends Claudia Carroll and Julia Kelly and she had a wonderful reputation. She asked me if I would be willing to work with an editor to make some changes. I spent most of that summer rewriting and improving the novel and then Marianne sent it out to publishers. The rejections came flooding in and I was heartbroken until eventually, I met with Patricia Deevy of Penguin Ireland. She just got it straight away and, more importantly, got me. We worked together to structure the book to make it as compelling as possible and it was ready to go by the end of 2012 but Penguin schedule things very far in advance so the publication date was set for March 2014. That waiting time was the hardest bit. Like having a baby and not being able to show it to anybody- Look what I did! So when March 2014 came along, I had been pregnant for 2 1/2 years and was pretty much ready to explode.

Is the writing a full-time gig or just a part of your repertoire? What other strings are there to your bow?

I have written a lot for television and radio and also short stories. I have also done proof reading and editing and judging of writing competitions. I am currently devising a course in writing for radio and tv that I will be teaching in October. I have attended lots of these courses over the years so I think it’s about time I bit the bullet and faced a classroom.

How long did Unravelling Oliver take from conception to completion?

Hard to say. I had a pretty demanding full-time job so only got time on my annual leave so it was worked out over the course of six years but the actual writing of it only took about six months. That’s not to say that the time in between wasn’t crucial. Sometimes, a story is percolating in your head and you don’t even realise it. So the time when you are not writing is just as important as the time when you are.

I had no idea where I was going at the start!

What's is your writing process?

I am pretty disorganised. All of the brilliantly prolific writers say ‘get up early and write every day’. I do neither of these things. On a good week, I will go to the library at 10am and stay there until I have written 1000 words. I don’t necessarily stop at 1000 words and some days, the tale flows easier than others, but I’m mad with myself if I don’t write at least 1000 words. I could finish at 1pm or 4pm but the rule I make is that I’m not allowed eat until the word count is done. I have, of course, broken that rule many times. It’s not like The Hunger Games.

Do you write for a set number of hours a day? What's a typical Liz Nugent writing day consist of?

I start with characters. Make them as interesting and unusual as I can. Then when they start to do stuff, a plot develops. I would think ‘what is the best thing Oliver could do here?’ and then have him do the opposite, but find a realistic motivation for that. My plotting is a constant surprise. There are all these possibilities so I try to pick the one with the worst or most dramatic consequences.

The funny thing is that when you do base a character on a real person, they never recognise themselves. But people will recognise situations or events or circumstances that were real.

A short story that everyone thinks is awful- but I’m not deleting it yet. I think there’s something there but it needs work. It’s a kind of Shirley Jackson-esque modern gothic horror. Also, the pilot of a tv drama series and another short film.

What's the current writing project in hand? A second book? Is it proving easier or more difficult to write than the first?

I have completed the first draft of second book. It took me a very long time to get started because I didn’t have my protagonist quite right but then I just decided to listen to him in my head. At the start of the book, he is a bullied obese schoolboy, but for various reasons he grows up pretty quickly on the page. 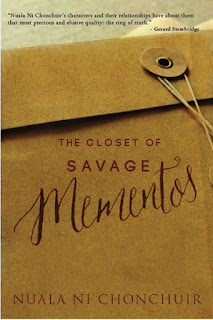 I read everything from romantic fiction to crime to literary fiction and the classics. All are enjoyable in their way. Why limit yourself to one genre?

My friends keep writing books! I’m finding it hard to keep up. I have read Marian Keyes' The Woman Who Stole My Life, Sinead Crowley’s forthcoming Are You Watching Me, Claudia Carroll’s Meet Me in Manhattan, Nuala Ní Conchúir’s The Closet of Savage Mementos and Paul McVeigh’s The Good Son. They are all writers I know and love and I’m delighted for their success. 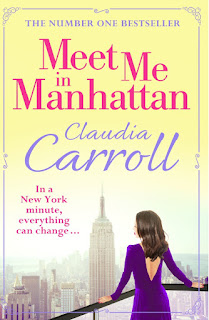 City of Bohane by Kevin Barry. I think it is a literary masterpiece. People will be studying it in 100 years time. 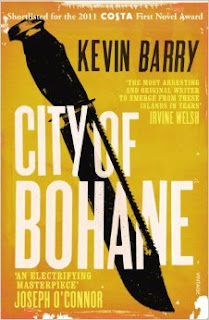 Best thing about being a published author?

Seeing my name on the front of a book, particularly on the foreign translations - my name looks very weird in Greek and Korean.

People constantly asking when the next book is out.

If I pop back in a couple of years time, where do you hope to see yourself?

Many thanks to Liz for her time.