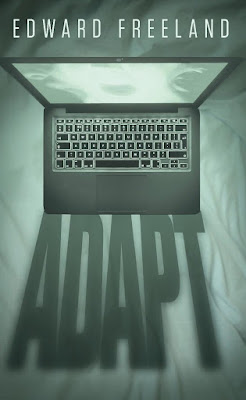 Daniel O'Neal lives a very normal life. He drives a bus for a living in a sleepy English countryside town, and enjoys the mediocrity of his daily routine. But on a trip to London, while enjoying a quiet drink with a friend, he notices a code of numbers on his mobile phone screen, and not for the first time. When Daniel returns home, he begins to notice an increasingly common malfunction with his electronic devices, as his laptop begins to develop the same quirk.

Suddenly, his world undergoes a paradigm shift. It starts with subtle responses and giggles at work and in public. Daniel becomes increasingly paranoid, and certain that something is out of the ordinary, yet he cannot prove it. Before long, he believes himself to be under an assault on his being. Is there something more playing with him than just his mind? Is there an organised attack on his psyche, and if there is, can Daniel find the strength to endure the attack.

Gripping psychological thriller explores the darker side of cyber space and one man’s terrifying descent into a world of acute paranoia.

A short but interesting novel concerned with a concerted attack on an individual via cyber-bullying.

Daniel O’Neal is a fairly likeable and inoffensive individual. He’s a bus driver, has a fairly active social life and a supportive family. He has a predilection for paid sex and regularly visits the same escort and daydreams that in addition to the financial transaction for services rendered, there could be a spark between him and his companion that might lead to a more meaningful relationship.

For some reason which was a little bit unclear to me, other than because they could, Daniel is targeted by forces unknown, including mainstream media. Events in which he has participated – his paid for sex encounters(?) - are cut and spliced and then falsely presented via social media as something other than consensual. Daniel becomes the target of whispers, sniggers and finger-pointing, serving to isolate and ostracise him.

From reading between the lines, or perhaps it was abundantly clear and I’m mis-remembering two weeks after reading, Daniel has previously suffered a breakdown and the whispering campaign plays on his fears. What’s the old saying – just because you’re paranoid doesn’t mean they’re not out to get you!

Compulsive reading, watching the efforts of the Doctors (in on it obviously) at the institution he voluntarily commits himself to trying to break him both mentally and physically with consistent, concerted pressure. The conversational jousts with his nemesis, Dr Cribson were the highlight for me.
Overall – interesting, enjoyable, topical – in light of the power that the press wields and the abilities they have to make or break individuals, at least in the court of popularity and celebrity.

A couple of minor quibbles – I’m not quite sure as to the rationale for Daniel being a target, other than the amusement of those who could play with him, reason enough I suppose.

Secondly at times some of the dialogue particularly in Daniel’s conversations with his family, came across as stilted and forced, as opposed to natural, almost as if it had been stiffly translated by a non-natural English speaker. This seemed wildly at odds with the marvellous scenes featuring Cribson and Daniel in verbal combat.

I received an invitation to review this via Diana at Authoright.

Author details I have are limited. Debut – yes. Website – no. Nationality – English, at a guess, but unconfirmed. Social media presence – don’t think so. Author photo – no.

About the author: Based in the UK, author Edward Freeland is a bus driver himself by day who harbours a great interest in science. Having had completed two college courses on quantum physics and astronomy, he began writing in order to explore the life questions with which he was engaging with through his studies. Freeland will be donating all sales proceeds to the charities Mind and Cancer Research, which are both close to his heart. Adapt by Edward Freeland (published by Clink Street Publishing, RRP $7.99 paperback, RRP $2.54 ebook) is available online February 4th from retailers including Amazon.com and can be ordered from all good bookstores.
Posted by col2910 at 02:12