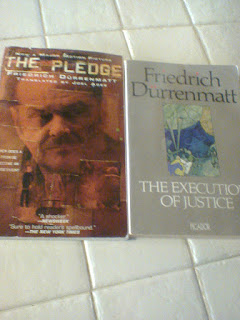 A couple of books this week from Swiss author Friedrich Durrenmatt.

According to the biography on his Fantastic Fiction page……

Friedrich Durrenmatt was a Swiss author and dramatist. He was a proponent of epic theatre whose plays reflected the recent experiences of World War II. The politically active author gained fame largely due to his avant-garde dramas, philosophically deep crime novels, and often macabre satire. 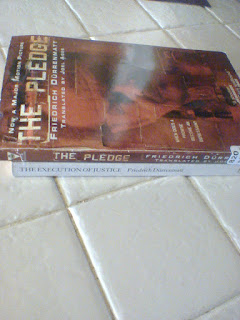 He has a three book Inspector Barlach mystery series, a couple of which I also have in the tubs. None of his books seem especially long, which is a plus point in my opinion! 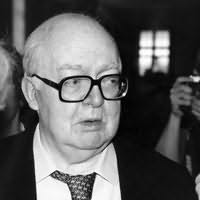 Durrenmatt died in December, 1990, a month shy of his 70th birthday. 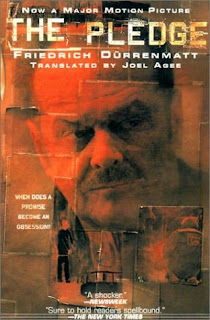 Set in a small town in Switzerland, The Pledge centres around the murder of a young girl and the detective who promises the victim's mother he will find the perpetrator. After deciding the wrong man has been arrested for the crime, the detective lays a trap for the real killer - with all the patience of a master fisherman. But cruel turns of plot conspire to make him pay dearly for his pledge. Here Friedrich Dürrenmatt conveys his brilliant ear for dialogue and a devastating sense of timing and suspense. Joel Agee's skilled translation effectively captures the various voices in the original, as well as its chilling conclusion.

One of Dürrenmatt's most diabolically imagined and constructed novels, The Pledge was adapted for the screen in 2000 in a film directed by Sean Penn and starring Jack Nicholson 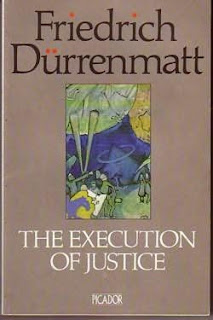 This allegorical thriller describes the case of a convicted murderer, who persuades a young lawyer, Spat, to re-investigate his case. Seduced by the notion of justice Spat decides to murder the murderer.
Posted by col2910 at 00:10