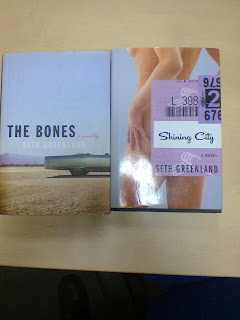 As so often is the case, I go on the internet to look up an author and scoot around sites checking out books, blogs, reviews etc – in this case Mark Haskell Smith – but I rebound onto another author that excites me and who I probably have never heard of previously. That’s the case with Seth Greenland, a novelist, playwright and screenwriter. Big Love is one of his, though in my cave somewhere in the Chiltern Hills in the UK, I've managed to remain oblivious to it.

He has 3 books to his name and on a whim I bought the first two.

They've been praised by other people who I have never heard of...........Jerry Stahl (author of I, Fatty....which obviously needs checking out now), Larry David, Joy Nicholson and David Mamet. 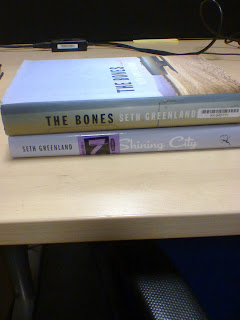 Will I like them? Well if the first couple of lines in both books are anything to go by, I guess so. In an attempt to keep the blog reasonably clear of profanity, I won’t repeat the opening to The Bones, but the start of Shining City has captured my interest already.

“Julian Ripps was too fat to be reclining in a hot tub between a pair of naked women, unless he was rich or they were prostitutes. He wasn't  but they were.”

Is it crime fiction? Who cares.... 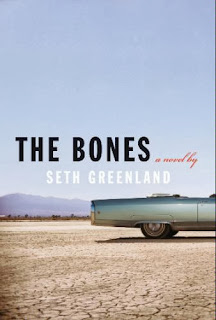 A hysterically scathing first novel about ambition and its discontents.
Frank Bones is a self-destructive, take-no-prisoners, bad boy comic whose recent stage stunt with a firearm has cost him his audience and his bookings. Back at the bottom rung, Frank has no choice but to take his gigs where he can get them until, by virtue of a Hollywood miracle, he gets a call from his manager. A network has offered Frank his own sitcom, but there's only one problem with this long-awaited shot at success: Frank has to play an Eskimo, and ride an animatronic walrus.

Desperate, Frank calls on Lloyd Melnick, a long lost acquaintance whose position on the smash hit The Fleishman Show has made him the hottest comedy writer in town-even though he has never actually written a single episode. If Lloyd signs on as the head writer, Frank can have any kind of show he wants. But Lloyd is tired of his gilded trappings-the network job, the Brentwood mansion-and his social-climbing wife has left him mystified and unmoored. He would trade it all in for just a sliver of Frank's notorious recklessness or artistic integrity. When Lloyd turns Frank down, the consequences involve a crashed Hummer, corrupt police officers, enraged ex-husbands, sultry bartenders, and high-speed chases to Mexico and back.

A brilliant satire, The Bones is a stunning debut that reveals, in all its hilarity and ache, the dark heart of comedy.

A witty and sexy satire about how contemporary American culture defines right and wrong, good and bad, from the acclaimed author of The Bones. 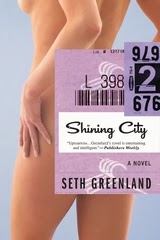 When good guy Marcus Ripps takes over his black sheep brother's lucrative dry cleaning business, he has no idea what he's in for. Before long, he is running one of the most popular escort services in West Hollywood. As the money starts pouring in, he revitalizes his marriage, buys a new Mercedes, and gives his son a bar mitzvah he'll never forget. But, when his conscience - and the law - starts to catch up with him, Marcus must decide if his sudden financial windfall is worth all the risk.

A wild, clever, consistently hysterical romp, Shining City is an L.A. adventure that will keep you guessing to the very end.