October was a great reading month with 14 books in all completed.

I'm slipping back into old bad habits though, as only 1 was penned by a female.

I read my first non-fiction book since the beginning of the year; the book Unpeople had been haunting me for a while, having been in the side pocket of the driver's door for about 9 months - a poor choice for the car!

Jim Thompson's Rip-Off was disappointing, but I will be back for more from him. Bruen's Purgatory, I enjoyed more, but still kind of felt flat about it. Preston's Dark City Blue was the other so-so read, hopefully his second book will be better.

8 of the 14 were all new authors to me. All enjoyable and I will look for more from most of them, particularly the dynamic duo from Scotland - Mackay and McIlvanney. 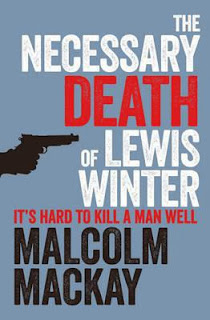 Unusually only 4 were set on my favourite crime playground -the USA! Mark Haskell Smith's Raw was probably the favourite from this bunch, even though Mosley, Robinson and Ziskin all scored the same.

Joint books of the month again as I can't split the two top reads. Step into the spotlight please; Malcolm Mackay and Leif G.W. Persson!

Kerrie at Mysteries in Paradise collates crime bloggers monthly summaries over here.
Please pay her blog a visit to pick up some great reading hints.