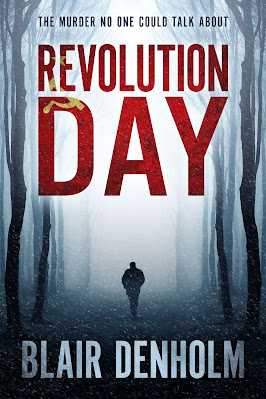 Synopsis/blurb ...
In the Soviet Union, there are no murders.
In the Soviet Union, the truth is a lie.
Only one defiant officer has the courage to seek the truth.
Winter 1987, Moscow.
On the eve of the 70th Anniversary of the Russian Revolution, Captain Viktor Voloshin of the Moscow Militsiya speeds to the scene of a grisly murder. A man’s mutilated naked body hangs from a tree, a cross carved into his back. The victim - an African student.
With the Soviet Union gaining new freedoms under the policies of Perestroika and Glasnost, right wing extremists are emerging from the shadows. Voloshin fears the murder is a race-hate crime. With the Revolution Day parade just a day away, the city is on high alert. The authorities issue a directive. Cover up the killing and protect the reputation of the regime at all costs. But Voloshin, no friend of the system, ignores the order. With the KGB and government ministries obstructing his search for justice, the Captain must also conquer his own frailties that threaten to cripple the investigation.
Set against a backdrop of Cold War intrigue and espionage, this explosive thriller is perfect for fans of Martin Cruz Smith, John Le Carre and Robert Ludlum
Inspired by real events.
Revolution Day was another enjoyable read from busy author, Blair Denholm and one which carried me through the old year into the new. It's an unusual novel from Denholm as he forsakes Australia and London for 80s Moscow. I guess I was reminded a bit of Cruz Smith and Gorky Park when reading it, though in truth I read that one a long long time ago and my memory of it has dimmed.
We pitch up in '87 and Gorbachev's Russia and a new era of apparent openness and freedom. Yeah right. Same old same old. A dead foreign student, brutally murdered and with fears of bad publicity and embarrassment for the regime the investigation into the crime is stymied and shut down quickly.
In Denholm's Jack Lisbon books his detective is a bit of a maverick. Here we have Viktor Voloshin and he's cut from the same cloth. With regards to his murder case, he isn't giving it up lightly and doggedly assisted by a couple of colleagues and the tacit ignorance of his boss, he continues to dig. It's an investigation carried out  against a backdrop of threats, violence and intimidation. Secrets, lies and agendas need to be de-constructed to get to the truth.
I think what I liked most about the book was the local detail. The author spent a long period of his working life in Russia and it shows in the small details ..... the blandness of the food, the paucity of choice, the shortages, the Metro system, the cold, the snow, the black market with contraband as everyday currency. There's also a wariness of authority, even from those in respected positions. Skinheads and racism also feature.
I think looking back to the 80s, I admired Gorbachev for the path he tried to take with Russia and the risks he took. It's interesting to see the resistance and criticism towards his methods portrayed in the book, by old school hard-liners. It's somewhat offset by a general weariness and disillusionment with the system and conditions enjoyed (endured?) by the general public day to day. Gorbachev was maybe more of a hero in the West than at home.
Overall we have an interesting murder investigation with a decent outcome enhanced by the Moscow setting. 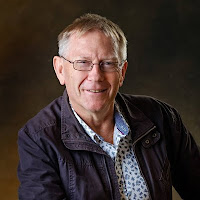