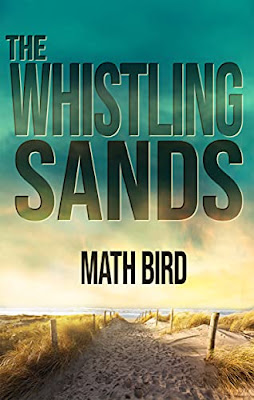 Synopsis/blurb ...
Ex-con Ned Flynn is handy with his fists, but to see his mother looking so frail breaks the big man’s heart. He needs money, and he needs it fast. So when a local businessman asks him to find his missing wife, Flynn accepts the job without question.
He tracks her down to a remote village on the Welsh coast. But what starts out as a simple errand, quickly spirals into deceit and violence.
The Whistling Sands is an unforgiving landscape. A landscape of fear, suspicion, and guilt, where ghostly visions take shape. Real encounters or hauntings conjured by a troubled imagination?
Fans of rural noir - James Lee Burke, David Joy, J. Todd Scott, and literary crime - Cormac McCarthy, Jim Thompson and James M. Cain will love this powerful and haunting story.
The imminent publication of Math Bird's second Ned Flynn book, Hidden Grace, spurred me to read this first book in the series, The Whistling Sands. I last read Bird's work back in 2019 when I enjoyed his collection, Histories of the Dead and Other Stories.
In this one, we have a fairly simple task for main man, Ned Flynn. Find businessman John Mason's wife, Nia and bring her home to him. Well it would be simple if Nia wasn't such a stunner and Flynn didn't have his brains in his pants and enough sense to steer clear of the demon drink.
Flynn's best intentions of providing for his ailing mother soon go south.
Death, drink, sex, money, debt, small town gossips and whispers, isolation, doubts, mistrust, history, lies and tall tales, jealousy, naivety, future plans, violence and consequences.
I really enjoyed this one overall. It moves quite quickly and although the outcome is in truth a little bit telegraphed for the reader and I was a little bit disappointed in Ned's inability to wake up and smell the roses, I was happy to go where author Math Bird steered us. It definitely has an ending which offers scope for a continuation of Ned's story, without feeling as if the author left things unresolved.
Despite Ned's flaws, I was rooting for him to prosper. He frequently makes poor choices and is his own worst enemy. His lack of control does make for some interesting reading.
I liked the Welsh coastal setting, with the remoteness of the action and the usual small town minds, where people seem to have firm opinions on everything and a distrust of outsiders. It adds to Ned's discomfort at times.