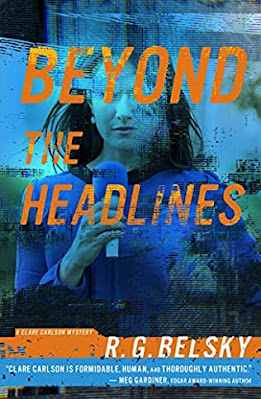 Synopsis/blurb ...
She was a mega-celebrity—he was a billionaire businessman—now he's dead—she's in jail
Laurie Bateman was living the American dream. Since her arrival as an infant in the U.S. after the fall of Saigon, the pretty Vietnamese girl had gone on to become a supermodel, a successful actress, and, finally, the wife of one of the country's top corporate dealmakers. That dream has now turned into a nightmare when she is arrested for the murder of her wealthy husband.
New York City TV journalist Clare Carlson does an emotional jailhouse interview in which Bateman proclaims her innocence—and becomes a cause celebre for women's rights groups around the country.
At first sympathetic, then increasingly suspicious of Laurie Bateman and her story, Clare delves into a baffling mystery which has roots extending back nearly fifty years to the height of the Vietnam War.
Soon, there are more murders, more victims, and more questions as Clare struggles against dire evil forces to break the biggest story of her life.
Beyond the Headlines is perfect for fans of Robert Crais and Harlan Coben
While all of the novels in the Clare Carlson Mystery Series stand on their own and can be read in any order.
Beyond the Headlines was an enjoyable, fast-paced page turner from R. G. Belsky. It's the fourth in his series featuring, Clare Carlson, a TV investigative journalist/presenter/executive. I'm usually more comfortable reading series in the order they were written, but the blurb said it didn't matter and I guess they were right.
I enjoyed it. I like to read mysteries where the focus isn't always on cops or PIs running an investigation. Here we do have a police investigation into the murder of a successful businessman, but the main focus is on Carlson, the TV journo digging into the past. In particular that of chief suspect, the victim's wife, celebrity Laurie Bateman.
Murder, domestic abuse, trial by press, media manipulation, history, back story, Vietnam, 70s, missing people, other deaths, business deals, property theft, new identities, forgotten families, separation and a lot more besides.
I dug the story more than I liked the main character. There are plenty of twists and turns in the narrative, which kind of had me flip-flopping between she's guilty, she's not, she's guilty, she's not and so on.
The main character has her own personal history with three ex-husbands (I think) and a few more not so serious partners/boyfriends/hook ups. I suppose sexual equality means women have the right to be a little bit promiscuous without getting judged. Maybe I'm judging her unconsciously. I didn't love her, didn't hate her. She was just the main fulcrum of the book. She drives the narrative with her determination to get to the truth. Carlson likes the attention and is competitive getting her story out first and ahead of her station's rivals. She is quite career focused, something which is to the detriment of her relationships with the opposite sex.
I found the trial by media angle interesting. It's a topical subject. Not just here, but in general. The slant that TV and newspapers put on a story has a real influence on the public's opinions. Objectivity and truth isn't always the main play. 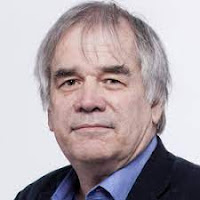