A bit of rural Austrlain crime fiction to get my teeth into, with two from Adrian Hyland ... 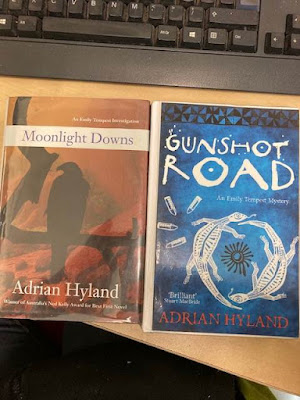 I do like visiting Australia in my reading and I think I'm going to have fun with these.
Hyland has had a third novel recently published, Canticle Creek but I'll hold fire for now until I've sampled these. Moonlight Downs won the 2007 Ned Kelly Award for Best First Novel. 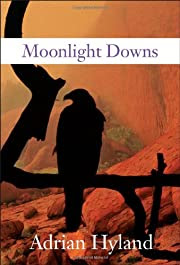 Emily Tempest has been away from Australia for a long time - university, travel, dead-end jobs. Finding trouble all over the world, Now she is back at Moonlight Downs, the community where she grew up, half in the Aboriginal world, half in the white. And true to form, she soon finds trouble.

An old friend, the leader of the Moonlight Downs mob, has been brutally murdered and mutilated. An old enemy, a renegade aboriginal sorceror, is the obvious suspect. Then Emily starts asking questions. He may be a loner who clings to traditional ways; he may have disagreed about assimilation; but in her opinion, that doesn't make Blakie Japanangka a murderer.

But if Blakie is not guilty of the crime, who is? And where does Emily belong? Can she stay on with the friends of her childhood? Or must she become part of the "whitefellers" world now?

This witty debut combines a nail-biting mystery with a view of life in the Australian Outback today. It is absolutely unique.

Last seen in the award-winning Diamond Dove, Emily has a new job: an Aboriginal Community Police Officer. A cop. Not quite what she had in mind when she returned to Central Australia. But for an Aboriginal woman in a pissant mining and metalworks town, the career options are limited. And there's a car attached.

Her new boss, the dour Superintendent Cockburn, sees her role as making tea and rounding up the truants. But when one old friend is murdered out on the Gunshot Road and another gets the blame, Emily leaps into the investigation feet first, mouth never far behind. 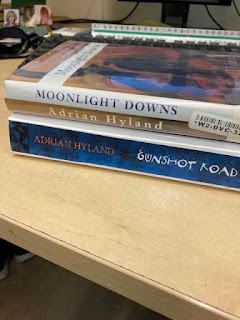